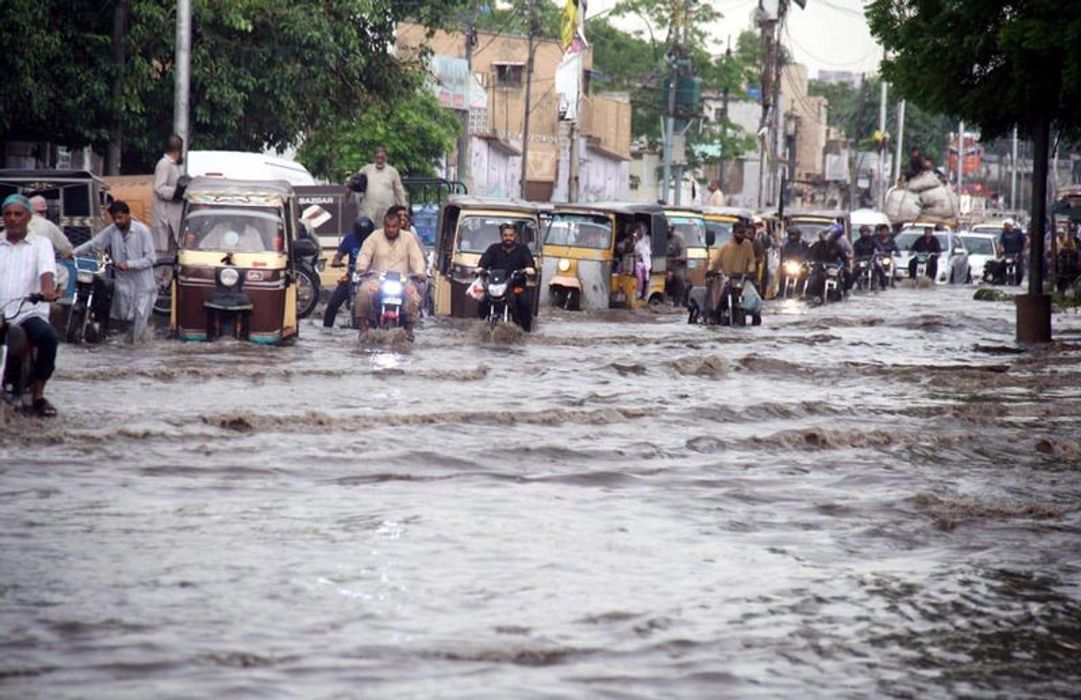 A total of 165 people have been killed and 171 others injured in separate rain-related accidents during Pakistan’s pre-monsoon season since June 14, the National Disaster Management Authority (NDMA) said on Wednesday.

Balochistan remained the worst affected region where 65 people died and 49 others were injured due to torrential rains which triggered flash floods. Local media also reported several dam-breaking incidents, which washed away dozens of homes and infrastructure. The Balochistan government imposed Article 144 in the province on Tuesday as new rain forecasts loom for a month, a statement from the province’s chief minister’s office said.

According to Article 144, the public will be prohibited from picnicking in rivers, dams and other water reservoirs. Swimming in rivers and streams will also be prohibited. Thirty-eight people have been killed in separate crashes in Sindh, including Karachi, which suffered heavy downpours for more than a week. The Provincial Disaster Management Authority (PDMA) said on Thursday that up to 10 people had been killed and two injured in rain-related incidents in different parts of the province in the past 24 hours. In a report, the authority said that 10 houses had been completely damaged while 20 had suffered partial damage in different incidents, adding that as directed by Chief Minister Mahmood Khan, the authority had ordered all administrations district authorities to launch rescue and relief operations in the affected areas. He said relief items have been distributed in Swabi, Tank and Bajaur while field staff have been deployed to Karak district for flood water drainage.

The chief executive of PDMA said health teams, Rescue 1122, district administrations and paramedics have been mobilized to flood-affected areas to control the disease outbreak. Fumigations were underway in the affected areas while heavy machinery was deployed to drain flood waters. The DG said that PDMA took timely action due to which casualties remained very low in the affected areas. PDMA’s control room was working around the clock to respond quickly to any emergency.

The National Disaster Management Authority (NDMA) on Thursday urged the masses to take precautionary measures against impending disaster risks as heavier monsoon rains were predicted in various parts of the country. The NDMA, on its official Twitter account, shared the public awareness infographic mentioning various precautionary measures to be taken during multiple rainy weather disasters.

He mentioned that several natural disasters occur during the impending monsoon rains, including the risk of flash flooding in hilly and urban areas, landslide and the threat of flooding in streams and sewers, the sinking or submergence of bridges and road networks, urban flooding and stagnant water. in low areas and the breaking of electric poles and electric cables. The NDMA has advised the public to take safety measures to circumvent any danger and risk to life or property during the disasters mentioned above.

He said the public should keep abreast of changing weather conditions, avoid unnecessary outdoor visits and refrain from bathing or crossing nullahs, sewers and rivers during monsoon rains, stay away from trees, dilapidated walls and bridges during strong gusts and thunderstorms. The Authority also advised people living in areas at risk of urban flooding to avoid living in basements, keep important documents and valuables in a bag in case of a sudden evacuation from the house, to avoid throwing rubbish in the nullahs and the sewage system and to ensure repair and cleaning of the sanitation system, weak ceilings and walls.