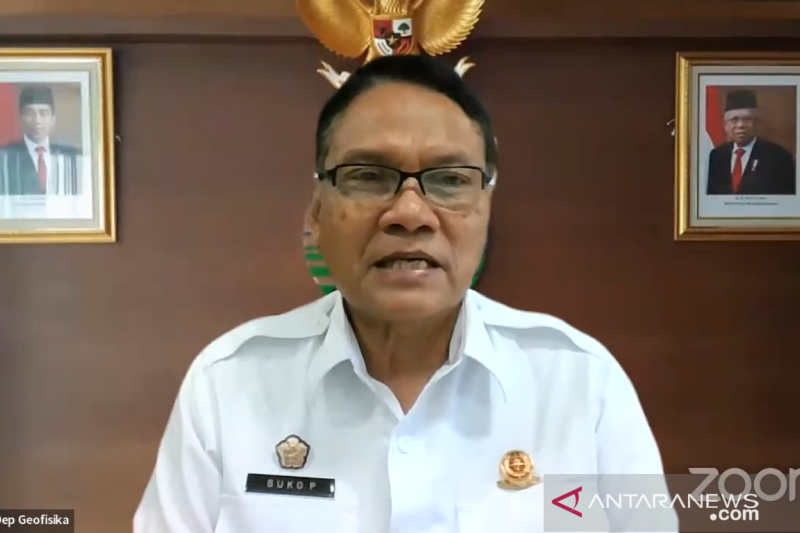 Jakarta (ANTARA) – The magnitude 6.6 (M) earthquake that rocked Banten province on January 14, 2022 can serve as a lesson in disaster mitigation preparedness, a Meteorological Agency official said. , climatology and geophysics (BMKG).

The disaster caused no casualties, noted BMKG geophysics deputy Suko Prayitno Adi, adding that there were still a lot of material losses.

“The incident is a lesson for us to share our disaster mitigation knowledge and preparedness so that we can provide the best solution,” he said during a webinar on the earthquake. Banten, accessible from here Friday.

By sharing the lessons, it is hoped that the fear of people living in earthquake-prone areas in South Java regions can be alleviated, he added.

Related News: Construction of buildings affected by Banten earthquake is below standard: BMKG

Also, the community can be better prepared to deal with disasters so that there are no casualties, he said.

The Banten earthquake studies are expected to provide recommendations for improving Indonesia’s Tsunami Early Warning System (InaTEWS) and enhancing synergy between BMKG and other related institutions and agencies, Adi said.

The earthquake was centered at 7.21 degrees latitude and 105.05 degrees east longitude.

Although there were no fatalities, two people were seriously injured and eight others lightly injured in the quake, Adi said.

According to the National Disaster Mitigation Agency (BNPB), 3,078 houses were damaged in Lebak, Pandeglang, Serang, Tangerang, Sukabumi and Bogor districts during the quake.

Based on a survey by the agency, the construction quality of most quake-affected buildings was below standard, officials said.

In addition, the agency found that two areas that suffered heavy damage in the disaster, Sumur sub-district and Panimbang sub-district in Pandeglang district, had soft soil, they added. .