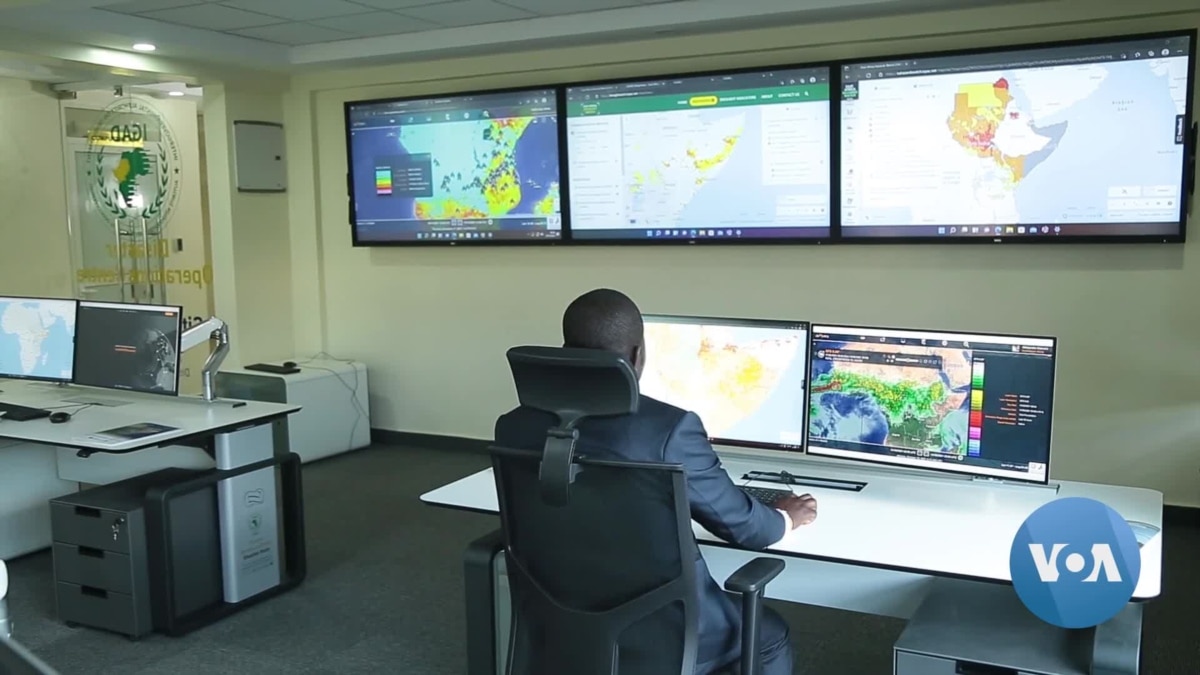 As the Earth warms and weather events become more extreme, the African Union has established a Disaster Operations Center in Nairobi to help monitor major hazards and provide regional early warnings for drought. , floods, extreme rainfall, food insecurity and pests such as the desert locust. .

Major floods have become more frequent in Africa and show how vulnerable the continent is to climate change, even though it is the lowest producer of greenhouse gas emissions in the world.

To cope with such disasters, the African Union has set up a centralized monitoring and early warning system for the continent. The Nairobi Disaster Operations Center for the East Africa region is the continent’s premier weather â€œsituation roomâ€.

â€œThe Council of Ministers of the Member States has met and said that we need to have a disaster operations center in Nairobi, which will mainly focus on early warning systems,â€ said Jully Ouma, analyst geographic information systems at the Intergovernmental Authority on Development, or IGAD, in Nairobi. “So that spawned the creation of this office to look at broader aspects of the different disasters in the region.”

The center – located at IGAD’s Climate Prediction and Applications Center – uses East Africa Hazards Watch, a system developed by the center to collect and share multi-hazard data with member countries.

â€œThe system works automatically to ingest the dataset,â€ Ouma said, adding, â€œWe have a great computer system within ICPAC, so there is less human attachment. real time. So in every 10 days it is updating and then we see the drought conditions. ”

The center provides climate information and early warnings to 11 countries in East Africa. Authorities say local communities must be ready to respond quickly to save lives and minimize damage.

“So we need to equip the communities themselves to be able to respond to a disaster at least in its early hours,” said Amjad Abbashar, regional director for Africa at the United Nations Office for Disaster Risk Reduction. “And so, I think we owe it to them to put these early warning systems in place and to ensure that they are functional, and that people vulnerable to disasters can access this information in a timely manner, to save lives. lives and property. ”

The situation room in Nairobi covers and reports on drought and flooding. Another in Niger, slated to open this month, will monitor extreme rains and cyclones. The information gathered at the two sites will be disseminated by the situation room at the AU headquarters in Addis Ababa.

â€œWe are responding to a very complex situation,â€ said Gatkuoth Kai, technical coordinator for disaster risk reduction at the African Union Commission. â€œOver the years, we have seen disasters become more and more borderless. But even when a hazard is localized, the intensity easily exceeds the national response. And in this situation, pan-African solidarity is required. Therefore, having this situation room will facilitate this African solidarity.