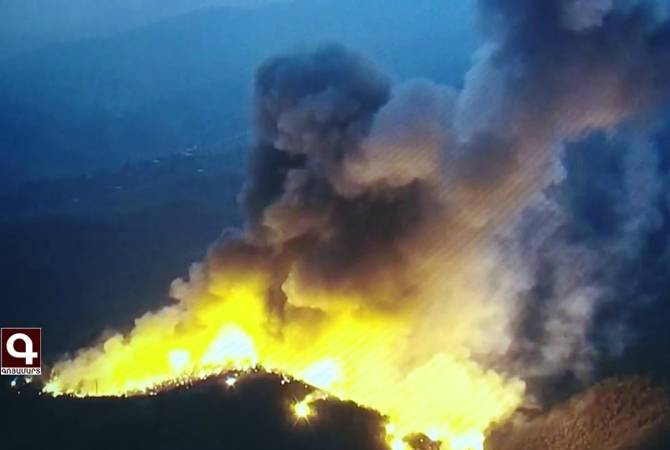 YREVAN, OCTOBER 31 ARMENPRESS. The use by the Azerbaijani army of banned phosphorus ammunition against Artsakh is not only aimed at inflicting damage on the Armenian forces, but also aimed at causing massive forest fires and creating real risk of environmental disaster in the region. the Armenian Defense Ministry said, posting video of the attack where the Azeri army used phosphorus munitions that contain chemical weapons elements.

â€œThe hostile force used phosphorus munitions containing chemical weapons elements in the Artsakh-Azerbaijan conflict zone, which constitutes a flagrant violation of international humanitarian law, the norms and principles of customary law, the Geneva Conventions, as well as relevant United Nations provisions. conventions and documents. Besides the intention to inflict damage on the Armenian forces, the enemy also aims to cause massive forest fires and create real risk of environmental disaster in the region. The prohibition of the aforementioned actions and the rights and values â€‹â€‹that derive from them are primarily a matter of customary law, while the use of such weapons, which do not distinguish between military and civilian targets, while causing environmental disasters and d ‘possible loss of life constitutes war crimes,’ Defense Ministry spokesman Shushan Stepanyan said.