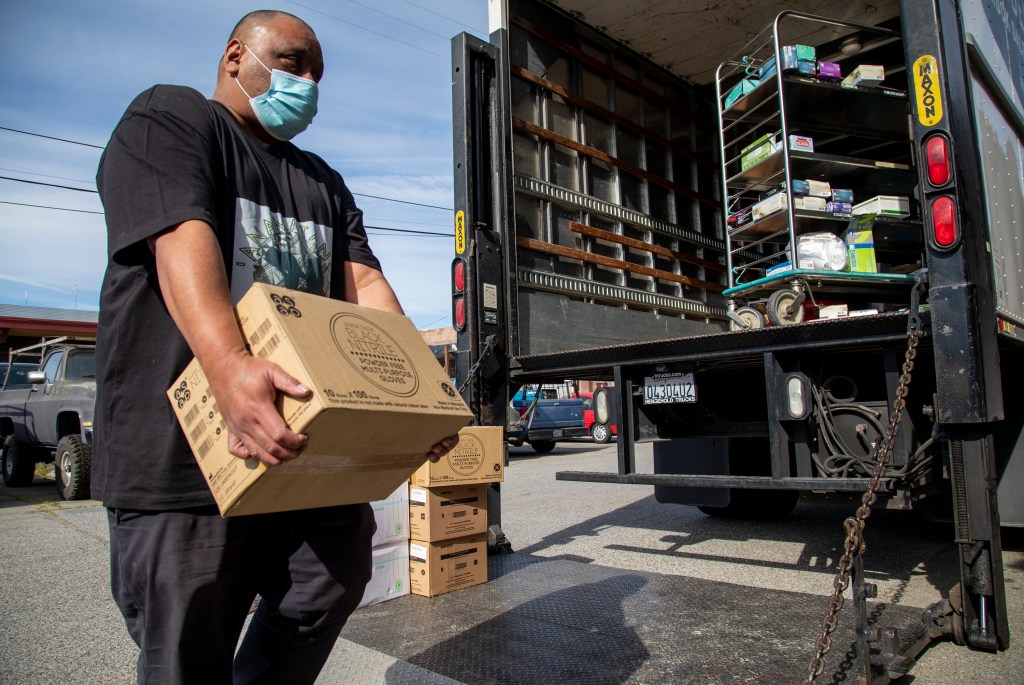 Like many Tongans across the country, Victoria watched in horror on the morning of January 15 in Dayton, Ohio, as reports returned from her homeland that the waters of the Pacific Ocean had crashed into the island where her husband lived.

The eruption of the underwater volcano near Tonga on Saturday was probably the largest on record on earth in the last three decades. Dramatic footage from TV and phone screens filled with space all week showed a huge plume of gas, ash and smoke spewing into the atmosphere and tsunami waves were captured tearing through Tongan villages. To make matters worse, the undersea fiber optic cables that connect Tonga to the rest of the world have been cut, leaving no way for outsiders to communicate with the island.

It was a nightmare, says Victoria. She tried everything to get in touch with her husband, whom she was to meet in Tonga in March, but in vain.

“The last time I spoke to him was at 3 p.m. that Friday, and I’m not going to sleep until he messages me,” Victoria said. “I randomly woke up at 11pm and he hadn’t texted me so I was like ‘what happened?’ I went back to sleep and woke up on Saturday to so many people texting me asking if my husband was okay but it was completely silent there is nothing I can say or do.

For almost a week, Victoria cried until her tears dried up and prayed as much as she could for any signs that her husband was okay. It wasn’t until it was announced that three Tongans had died from the eruption that Victoria really started to panic.

“There was so much pain and fear,” Victoria said, tears streaming down her face. “Fear really hit my heart that day.”

But after six days, Victoria finally heard from her husband. Her next step was to see what she could do to help. Just a day after speaking to her husband and finding out he was safe, Victoria boarded a plane to the Bay Area from Ohio where she was staying with her brother to help organize the effort relief on the peninsula.

Last week, Victoria and members of Anamatangi Polynesian Voices of East Palo Alto – an organization of Bay Area Tongans and Pacific Islanders aiming to send aid to their home country – transported approximately two tons of pallets of PPE and other protective equipment donated by Kaiser Permanente in Redwood City to their Mountain View warehouse to prepare it for shipment. They were dressed in traditional Tongan clothing in solidarity with their people.

The devastation caused by the volcanic eruption and tsunami was enough for the Tongan people, but an increase in COVID-19 cases made it clear to Anamatangi members that COVID-19 aid was as necessary as food and reconstruction materials.

None of the dozen Anamatangi members and volunteers who work to send relief to the island have stopped working since the tsunami: and they don’t want to.

“I’ve been rock and roll since I’ve been here,” Victoria said. “I didn’t have time to stop and I don’t want to stop.”

Along with the aid sent to Anamatangi Polynesian Voices by Kaiser, a number of other agencies and organizations also sent support. Stanford Health Care has donated about 140,000 N95 and KN95 masks, enough to provide at least one for everyone living on the island. Sutter Medical Center also donated about 10 pallets of equipment, and a group of Menlo-Atherton High School alumni also helped send in about a dozen pallets of supplies.

Anamatangi development director Shanna ‘Uhilamoelangi said it was “shocking and moving” to see so much of her homeland devastated by a natural disaster.

“It’s still painful to think about it,” she said.

But despite the sense of loss she felt following the eruption, ‘Uhilamoelangi said all she could think about was arranging with Tonga to get supplies to them as soon as possible. The organization – which was started by ‘Uhilamoelangi’s mother and father in the 1970s – is waiting on pallets upon pallets of supplies from donors, a feat for the small group.

“We are small but mighty,” ‘Uhilamoelangi said. “I just can’t imagine what they are going through so all we can do to help is intention. Anamatangi mobilizes.

For Anamatangi Polynesian Voices, this is not the first time that they have had to mobilize quickly to send aid to their brothers and sisters in the Pacific. In 2009, during the devastating Samoa earthquake and tsunami that killed nearly 200 people and injured hundreds more, the Pacific Island community of East Palo Alto came together to send aid to Samoa.

But for Tiffany Uhila-Hautau, director of Anamatangi, the eruption and tsunami in Tonga was more personal. Uhila-Hautau has been at the forefront of seeking help for Tonga, meeting with wealthy donors and organizations for support, but also thinking of her cousins, nieces and other family members and friends on the ‘Isle.

Wearing a flower on her head in traditional Tongan fashion, Uhila-Hautau – a strong woman whose professionalism hardly wavered in the face of a difficult mission – was moved to tears as she thought of the children and elders who had to suffer in the day after the disaster. For her, the image of crying babies and helpless elders is intolerable. She decided the best way to hold back her tears was to do whatever she could to help her people.

On a whiteboard in the band’s warehouse in Mountain View, the phrase “Ko ki moutolu na’e teu’i wei nui’a” was written for all to see. This means that despite all the fear, anxiety and pain, “you were all prepared from the start”.

“I keep saying to my people: don’t be afraid,” Victoria said. “Your faith has brought you this far, so have no fear.”