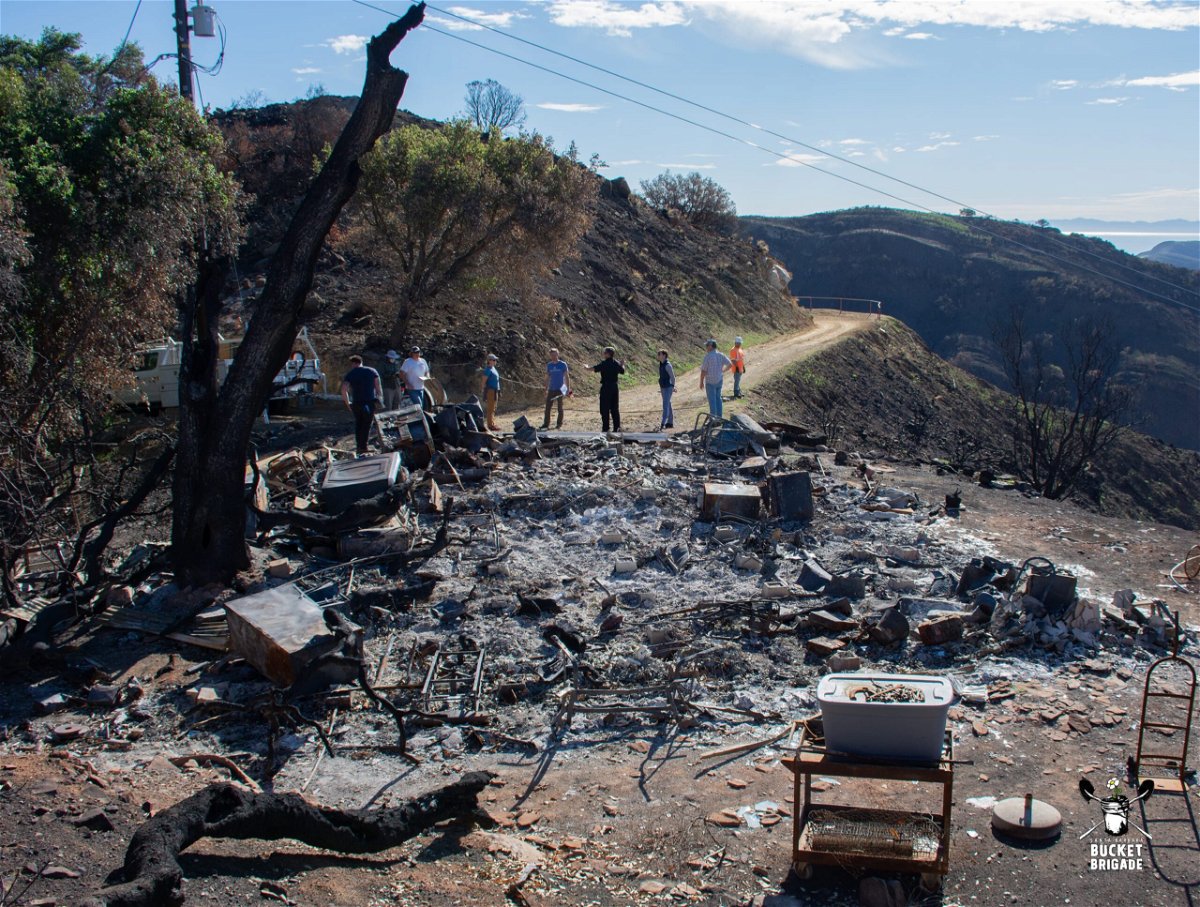 SANTA BARBARA, Calif .– The heroic and ubiquitous crew of the Bucket Brigade are behind a new effort to help those affected by the Alisal fire in October over the Gaviota coast.

13 structures were destroyed or damaged in the fire of nearly 17,000 acres.

Unlike the 2017 Thomas megafire that burned nearly 282,000 acres in Ventura and Santa Barbara counties, the Alisal fire was deemed too small for a state or federal disaster declaration.

“Without a disaster declaration, public funding, grants, loans and usual post-disaster resources are not available to survivors of the Alisal fire.”

Powell said that to make matters worse, many survivors of the Alisal event lost insurance coverage after the Thomas fire.

In addition to financial concerns, people living in or near the burn area face many environmental risks.

“The ash and debris left over from a structural fire is full of toxic materials like asbestos, heavy metals and dioxins that pose a health hazard to homeowners, their neighbors and the surrounding community. Because the structures lost in the Alisal fire were located next to the Refugio creek or in the Refugio creek watershed, it is important to remove this debris as quickly as possible, before the wind and Winter storms don’t spread asbestos, ash and toxins into the stream, local water supply and the ocean. “

A group of local organizations, including Heal the Ocean and Channelkeeper, have joined forces to create the Alisal Fire Assistance Project.

The aim is to help those who have lost their homes or suffered property damage. And fundraise to transport toxic ash and debris left behind so it doesn’t seep into nearby coves and the ocean during heavy rains.