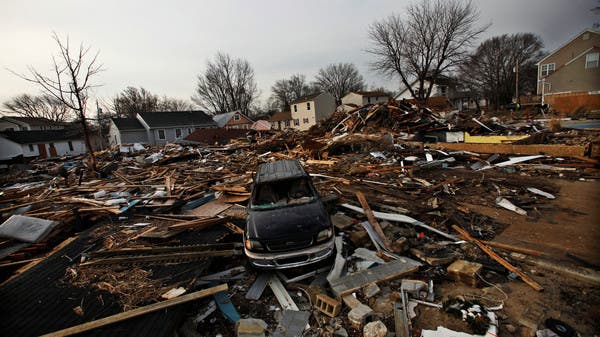 The stress of a natural disaster during pregnancy can significantly increase a child’s risk of anxiety, depression or other behavioral problems, according to a new study published Wednesday in the Journal of Child Psychology and Psychiatry.

Researchers from the Icahn School of Medicine at Mount Sinai and the CUNY Graduate Center found that children who were in the womb during Hurricane Sandy in 2012 were more likely to develop psychological and behavioral disorders than those who were born before or designed after, with striking contrast. .

For the latest headlines, follow our Google News channel online or through the app.

About 30% of exposed children were tested for attention deficit or disruptive behavior disorders, compared to 8.1% of children born before or conceived after Hurricane Sandy. The researchers called their findings “extremely alarming.”

“We’ve known for some time that maternal stress during pregnancy plays a key role in the development of a child’s mental health,” said Yoko Nomura, professor of psychology at CUNY Queens College and co-author of the study.

She added that the increased frequency of natural disasters caused by climate change makes this type of research more necessary.

The disorders varied by biological sex, the researchers found.

Girls were at much higher risk of developing anxiety, phobic and depressive disorders, while boys were at increased risk of attention deficit and disruptive behavior disorders, such as ADHD.

This investigation is part of ongoing research by Nomura and his team to study the effects of in utero exposure on child development. Of the 163 preschoolers interviewed for this study, 66 were in utero during Hurricane Sandy, and the remaining 97 were not.

The findings could “serve as an important resilience policy resource that informs health professionals, policy makers, and educational institutions about the need for infrastructure that supports pregnant women and families exposed to climate-related natural disasters to mitigate early mental health risks,” the report states.

Dangerous and costly natural disasters like Hurricane Sandy are occurring more frequently, especially as climate change warms the globe and leads to droughts, heavy rains leading to flooding and other weather crises. This is a concern for pregnant women and their children, young and still in the womb, as there is a lack of mental health infrastructure to alleviate stress during these calamities, Nomura said.

The children interviewed for this study were between 2 and 5 years old. About 86% of the participants belonged to a racial or ethnic minority. The study also controlled for variables such as tobacco or drug use during pregnancy.

Child poverty in Lebanon: 84% of households are unable to support themselves, according to UNICEF