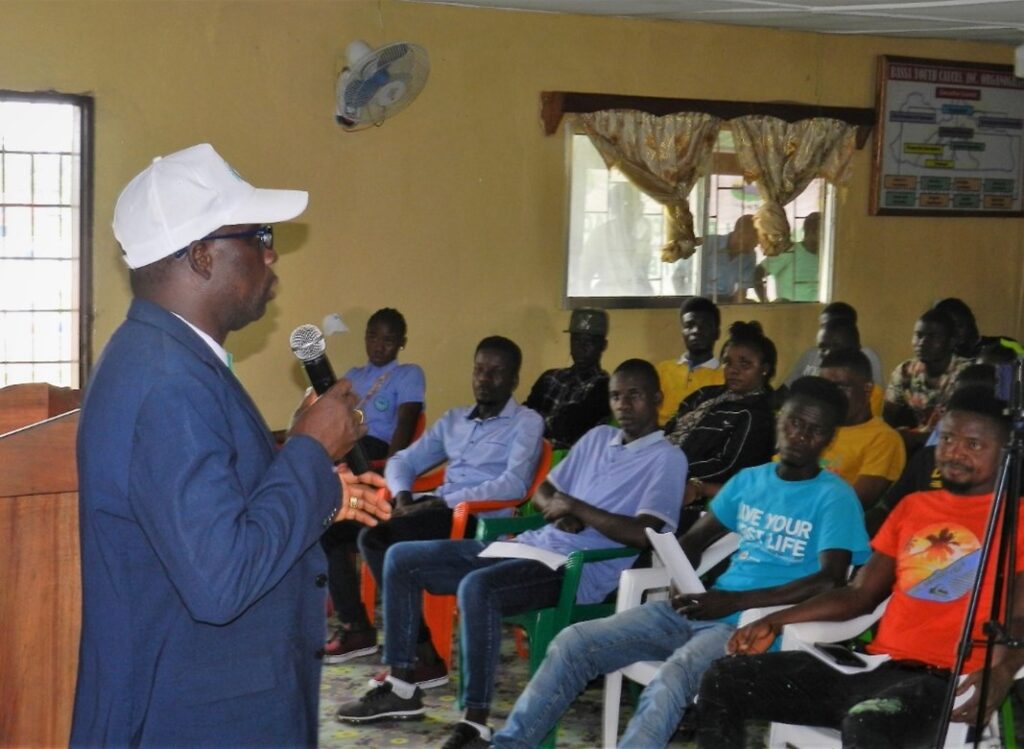 He predicted that Monrovia, the capital of Liberia, will have to be moved due to the marine transgression.

Speaking at a one-day stakeholder consultation and sensitization meeting on climate change adaptation in Buchanan, Mr Sokan revealed that other coastal towns like Buchanan are also at risk.

“Coastal cities in Liberia, including the capital, Monrovia, are extremely vulnerable to the effects of climate change on sea-level rise and the increasing frequency of high-intensity storms, both of which contribute to coastal erosion. and the receding coastline,” he told the rally. .

Sea level rise contributes significantly to accelerating coastal erosion and, along with increasing intensity of offshore storms and waves, exacerbates coastal erosion, the impacts of which cause severe damage buildings and infrastructure in the coastal zone.

Mr. Sokan reiterated that the country is increasingly vulnerable to climate risks and climate-related hazards due to its low adaptive capacity, weak human and institutional capacities, technology, infrastructure and its financial systems, among others.

He underscored the need for people to start building houses and other structures in resilient ways so that they will stand the test of time.

Mr. Sokan also wants engineers to build roads across the country so that climate-proof roads are built so that they do not wear out easily.

He encouraged the students at the one-day stakeholder consultation and awareness meeting to take climate change and environmental awareness very seriously.

Mr. Sokan called on them to form environmental clubs in their various schools and to consider taking science courses in universities and colleges when they graduate from high school.

The meeting held under the auspices of the Liberian Environmental Protection Agency (EPA) and the African Development Bank (AfDB) aimed to improve climate change information systems for resilient development in Liberia.

The gathering aimed to strengthen national and local ownership of the implementation of coastal defense projects and, at the same time, create avenues for smooth implementation.

It also aimed to inform stakeholders about the projects, including their objectives, approaches, main components, expected results and activities.

The interactive meeting with students, young people and community representatives ended with a visit to the beach near the town.