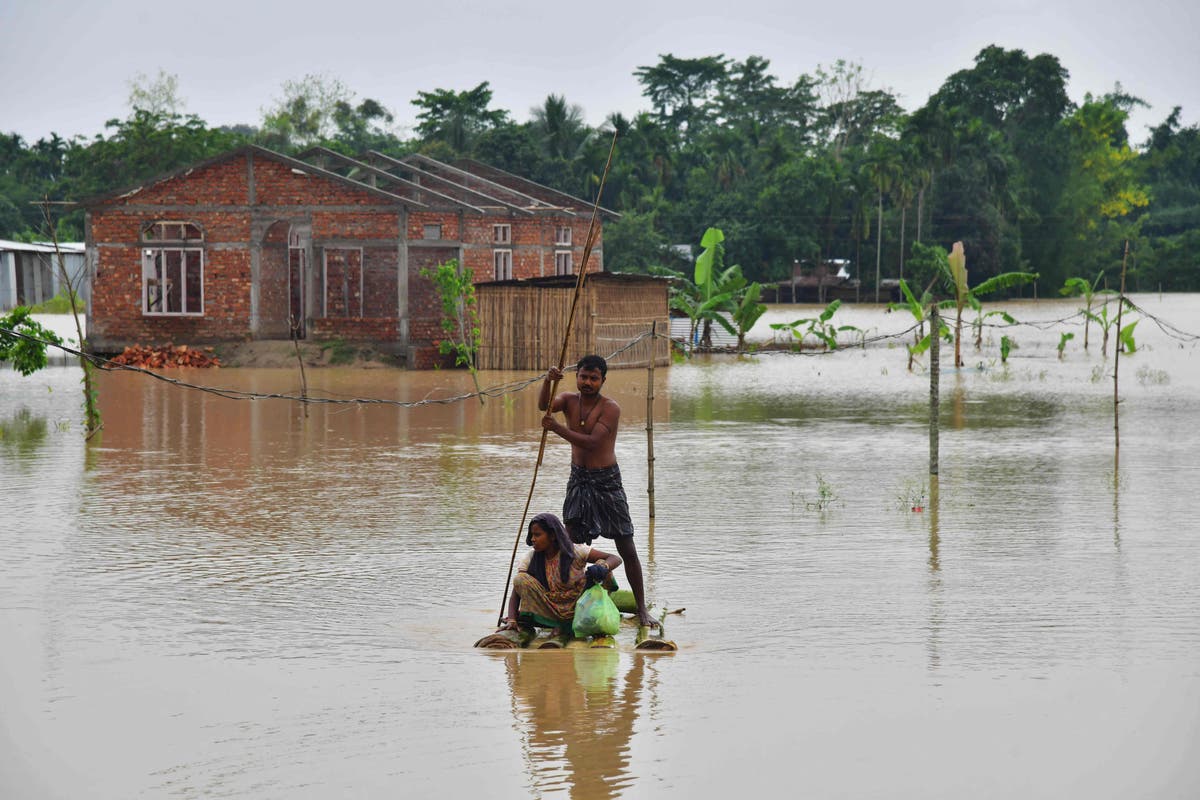 There is no doubt that the climate crisis is here, right now. In parts of northwestern India and Pakistan, temperatures recently hit a record high of 51C during heatwaves made 100 times more likely by the climate crisis. As a result, hospital admissions for heat-related incidents increased by 20%.

In parts of Bangladesh, human-induced climate change is causing flooding which has led to severe food shortages. Many communities were completely submerged, leaving many dead and over two million people stranded. The United Nations said more than 1.5 million children in the country were at increased risk of waterborne diseases, drowning and malnutrition due to flooding.

In Australia, the 2020 bushfires killed or displaced nearly three billion animals. Over the past three years, the country has also been plagued by droughts, cyclones and abnormal tides, which in turn have made climate change a major concern for citizens.

These are just a few examples of a worrying trend. Over the past 20 years, natural disasters linked to the climate crisis have increased by 40%. Sudden-onset climate-related disasters, such as droughts and floods, have killed an estimated 410,000 people over the past decade, and nine out of 10 people who lost their lives from these hazards were in the developing world. .

While research from the Stockholm Environment Institute sums it up perfectly ahead of Stockholm +50, which marks 50 years since the first global environmental conference in the Swedish capital, the world is in turmoil. And with global greenhouse gas emissions continuing to rise and reach record levels in the atmosphere, the frequency and severity of climate-related disasters will only increase.

Fortunately, there is a lot we can do to build the resilience of vulnerable communities on the front lines of the climate crisis, and a new report from the International Federation of Red Cross and Red Crescent Societies (IFRC) and the Global Fund for nature (WWF) explains how, highlighting the often overlooked, yet transformational power of nature-based solutions.

Nature-based solutions involve the protection, sustainable management and restoration of ecosystems to address societal challenges such as climate change, while improving human well-being and biodiversity. The report predicts that these solutions could reduce the intensity of climate and weather-related risks by 26%, in a world where more than three billion people live in places highly vulnerable to climate change.

Our research shows how nature-based solutions can save lives, reducing the likelihood of climate and weather disasters. When communities are exposed to the vagaries of the climate crisis, for example, these solutions include healthy and connected floodplains, which can reduce flood risk; reforestation, which can help prevent landslides; or restoring mangroves and coral reefs, which can protect against storm surges. Nature-based solutions can also capture and store carbon and provide essential food, livelihoods and habitats. They can improve community water security and contribute to better human health.

Promisingly, the analysis shows that nature-based solutions can also provide developing countries with massive economic savings – at least $104 billion (around £83 billion) in 2030 and $393 billion (£314 billion). billion pounds) in 2050.

To keep up to date with all the latest opinions and comments, sign up for our free weekly Voices Dispatches newsletter. click here

There are countless examples of countries that have already seen the benefits of nature-based solutions. One is Jamaica, where coral reefs are an important natural defense for the country’s coastline, protecting coastal communities and tourist hotels from the destructive force of tropical storms. Coral reefs can reduce wave energy by around 75%, reducing the risk of coastal erosion and flooding during storms. Fringing reefs, patches and barriers, meanwhile, protect about 60% of Jamaica’s coastline.

Of course, any disaster risk reduction or adaptation measure will be obsolete unless current levels of greenhouse gas emissions are rapidly and significantly reduced. Continued warming will simply overwhelm vulnerable communities, hampering their ability to reduce disaster risk and adapt, and reducing the effectiveness of nature-based solutions.

The evidence of the interdependence between climate change and nature loss is overwhelming and we have a fast closing window in which we must act. All of us – governments, businesses, investors and consumers – must act together for a carbon-neutral and nature-positive future.