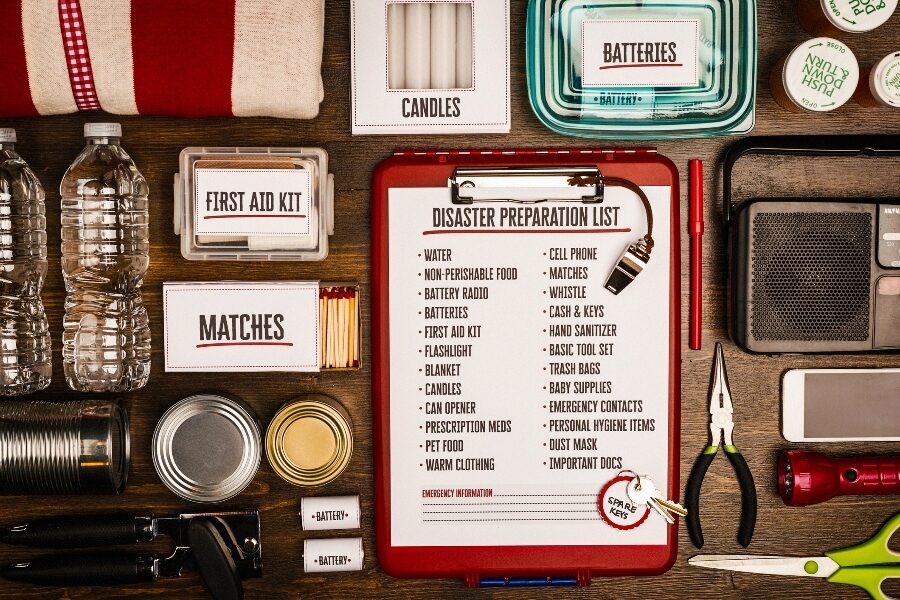 The tornadoes that ripped through parts of Arkansas, Missouri, Tennessee, Illinois and Kentucky this month underscored the need for everyone, wherever they live, to be prepared for disaster. .

Sometimes there is advance warning that bad things are about to happen. Sometimes disaster strikes suddenly.

Madison Morgan, who survived the Mayfield tornado hiding in a closet with her family, said she was better prepared than others because she took the time to think about the different scenarios she was likely to encounter after a disaster.

“Water and food are what many people think will get them out of the mess following the storm, but it’s just as important, if not more so, to think of a flashlight with fresh batteries if the power is out. cut off in the middle of the night, or cash because ATMs and corporate credit card machines could be out of order in the event of a power outage,” she told ConsumerAffairs.

Morgan, an announcer at WYMC Radio in Mayfield, was on the air in the hours leading up to the storm warning residents of the impending danger. As a result, she was aware of everything people needed to do to prepare.

“A notebook with copies of your insurance policy, your ID, a list of local emergency numbers, names of prescriptions, even a whistle to attract help and a mask to cover your mouth , dust nose and eyes can all come in handy,” Morgane said.

Justin Houser, a clerk at Casey’s convenience store in Mayfield, said while he didn’t have a preparedness kit ready for this disaster, he has already made one in case another hits the town. In addition to food and water, Justin now has a generator, a propane gas grill so he can cook food, tarps, blankets and pillows in his kit.

Businesses also need to be prepared

At a time when good workers have become a valuable commodity, Cathy Elliot, regional marketing manager for local franchise group McDonalds, said the company always tries to prepare for disaster. The first thing to do was to make sure its 80 employees were safe.

“I think we already had a very strong organized protocol in place that our people can use no matter what time of day or night,” Elliott said. She said that in the Mayfield situation, the company sent out advance warnings the day before the storms and told managers and employees to be prepared for the weather to turn bad quickly. She also said workers need to be prepared for the store to close so they can return home safely.

Pet owners should also have plenty of pet food available, and parents of young children should stock up on formula and diapers, at least enough to last a few days. It’s also a good idea to have some cash and a complete change of clothes.

Additional information for this article was provided by Mark Huffman.