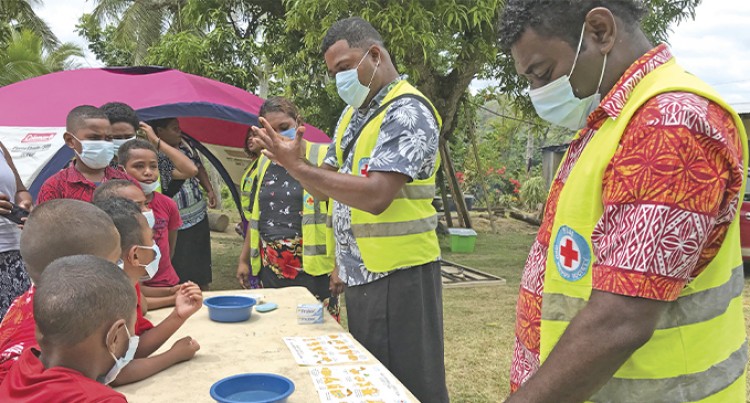 People need to be prepared for the cyclone from the start of the season and not a few minutes before landing.

â€œThe sensitization program is aimed primarily at nine households with the support of the village chief and village sub-committees; we also invited the settlements living around us, â€Ms. Wise said.

â€œWe were not prepared for the last three cyclones which had an impact on our village and which partially damaged houses.

â€œMost of us prepare just hours before the cyclone. We were both disorganized and panicked.

Ms Wise said she believes government officials play a huge role in their communities by advocating for and organizing such awareness for their own communities.

“We are currently in cyclone season and it is only when a cyclone is approaching that people decide to prepare,” he said.

â€œWe need to prepare from the onset of the hurricane season, to always be physically, mentally, spiritually and financially ready.

â€œWe used to have a relaxed attitude to cyclone warnings, but after our recent experiences we will do better and prepare better for the cyclones to come,â€ he said.

â€œThe awareness was mainly aimed at making the community aware of what they could do before the cyclone, such as planting resilient crops such as kumala and dalo ni tana,â€ Qera said.

â€œThey were also educated on ways they can reduce the risk of injury by putting away household items, wood, roofing irons and securing their homes in advance.

“And how to help an injured person in the height of a disaster, depending on the situation,” he said.