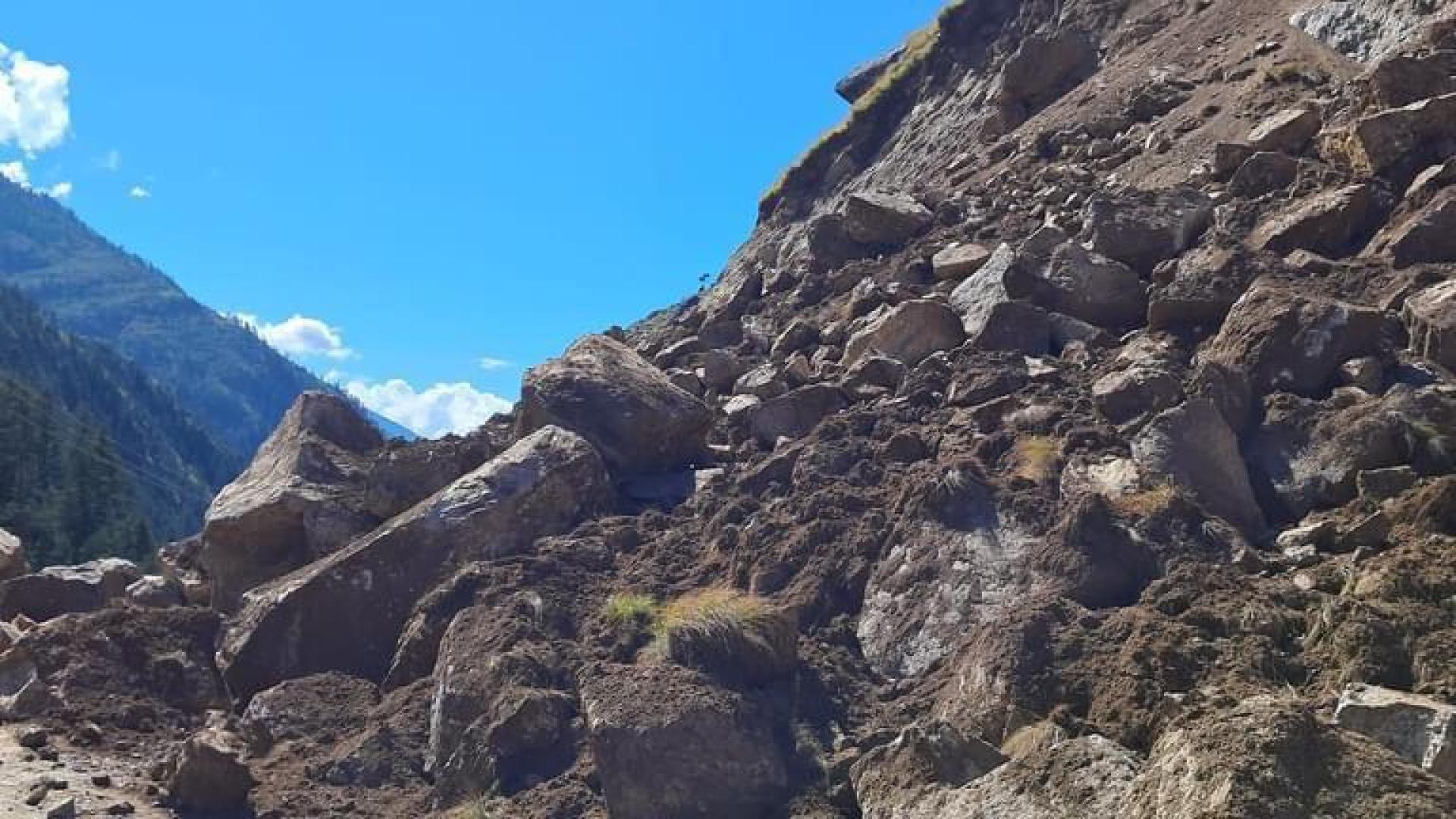 During the first week of October this year, parts of Nepal witnessed an unexpected weather catastrophe. Sudden and unseasonal rains across the country have caused flooding and landslides resulting in huge loss of life and property.

Karnali province was particularly affected by the October rains. The daily situation report, released by the Ministry of Home Affairs and Law (MoAIL), in Karnali province as of October 11, 2022, shows that 15 disaster-related incidents occurred, 16 people lost life, 4 missing, 5 injured and 22 head of cattle affected – all in one day.

When the country was celebrating one of its biggest festivals, Dashain, Nepal Police Deputy Inspector Sher Bahadur Chaudhary was busy updating the virtual reporting dashboard at the Provincial Emergency Operations Center (PEOC) , within the ministry, while monitoring the evolution of the situation. in the province of Karnali as a technical operator. He is surrounded by maps and maps, and he moves very often to update the map in his office.

“When the rain continued to fall, we started monitoring incidents. Our hotlines kept us busy reporting what was happening on the ground,” said Chaudhary, who along with four other colleagues continued to report all incidents to the central database 24/7.

The PEOC is part of the wider network of Emergency Operation Centers (EOCs) set up by the Government of Nepal to prepare for and respond to disasters. Such centers exist at district, provincial and national levels. Emergency operations centers are also set up at the local level. They serve as the coordination and communication point for disaster information across Nepal and are operational 24/7.

The Focal Point for Disaster Risk Reduction and Management at Karnali Ministry, Mr. Krishna Bahadur Rokaya, shares, “Keeping a disaster register also helps us mobilize resources for immediate humanitarian response and mitigation. Even in the current context, we rely on the information we have to respond and provide immediate relief to those affected by the torrential rains. Our main objective is to ensure that no lives are lost and that there is minimal damage. However, the task at hand can sometimes be so large that we can always benefit from additional support. The PEOC in Karnali is made up of four people, where one person is constantly on standby for a twenty-four hour shift.

Karnali province is prone to multiple hazards throughout the year like fires, lightning, floods, landslides, depending on weather conditions. Consequently, the region suffers from an imminent threat of hazards, further aggravated by urban development. According to PEOC data, Karnali province recorded a total of 204 disaster-related incidents in the past six months, with data showing that 13 women were affected.

Precisely in order to help the Government of Nepal to strengthen its capacity to prepare for and respond to such disasters, European Union Humanitarian Aid provided financial support through the Strengthening Urban Preparedness, Earthquake Preparedness and Response in Western Regions of Nepal (SUPER) project to select EOCs in parts of western Nepal.

“I prepared daily situation update reports to the PEOC. These reports include updates on disaster cases, number of casualties, missing, injured, affected and displaced persons in all districts of the province. In addition, they also include a weather forecast bulletin. These reports are disseminated to District EOCs, Provincial Ministries, Security Focal Points including Nepal Army, Nepal Police, Armed Police, Rastriya Anusandhan Aayog, Humanitarian Task Forces, the province working on disaster preparedness and response. says Mr. Sankalpa Khadka, Information Management Officer at the PEOC.

Mr. Khadka has overseen the production of the Situation Update Reports, as he works to facilitate a rapid and efficient flow of disaster information exchange. He adds: “In the coming days, I will be working on developing hazard and vulnerability maps of the province to realistically assess the threat posed by disasters. Mr. Khadka was placed at the PEOC as part of the SUPER project to support the PEOC in its information management efforts, as well as provide knowledge transfer to the PEOC to ensure sustainability.

SUPER Provincial Coordinator for Karnali Province, Ms. Yamuna Suwal, explains, “Disasters disproportionately affect women and girls. That’s why we’ve been working with the provincial government to track how the current disaster and other disasters are affecting them in order to meet their needs. One of the primary ways we do this is by working with the PEOC to track data through daily situation reports. »

MoAIL Secretary, Karnali, Mr. Dinesh Sagar Bhushal says, “The PEOC is an important link in the coordination mechanism for disaster response and preparedness. And we are proud to have initiated good practices such as situation reports. However, we can do more to build the capacity of the PEOC, particularly by building human resources to respond to disasters.

In order to facilitate an effective disaster response, the PEOC has initiated activities such as raising awareness through the Facebook page; maintain a database of key personnel, ambulances, firefighters, hospitals and bed capacity, open spaces, schools in the province with technical support from SUPER. This process also allows for the transfer of knowledge from the Information Management Officer to government officials placed at the PEOC. “I am learning every day from Sankalpa Sir and I am able to better use technology to map disasters in the province,” shares Deputy Inspector Chaudhary.

SUPER, under EU The generous financial support of humanitarian aid is implemented by UNDP, UNICEF and UN Women. In Karnali province, the local implementing partner for the project is the Social Awareness Center (SAC) Nepal. The project aims to improve municipal and provincial preparedness for impending urban and seismic hazards for effective disaster response in selected locations in western regions of Nepal. It operates at the provincial level in Lumbini Province, Karnali Province and Sudurpaschim Province; and at the municipal level in Nepalgunj Metropolitan Sub-City, Dhangadhi Metropolitan Sub-City, Amargadhi Municipality and Jay Prithvi Municipality. Thanks to the support of SUPER, two local emergency operations centers, in Amargadhi and Dhangadhi, have been inaugurated; and the three municipal EOCs of Amargadhi, Dhangadhi and Nepalgunj have come into operation to further strengthen the EOCs. Dhangadhi municipal EOC facebook page is available here; the one for Amargadhi is available here; and the one for Nepalgunj is available here.