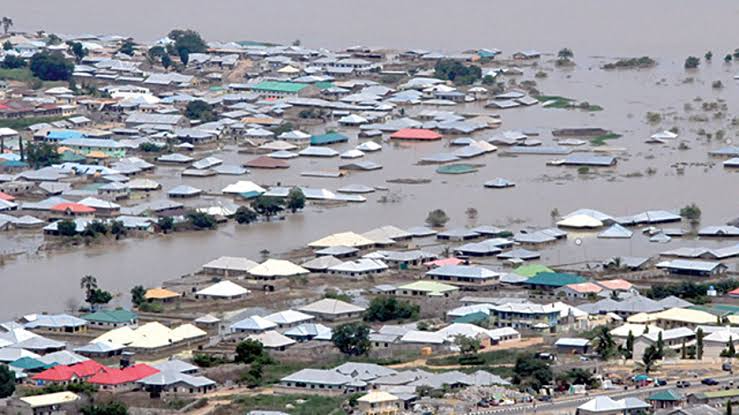 North West environmental experts have called for strict enforcement of environmental preservation laws to control the recurrence of flooding.

Responding to a survey, stakeholders said the lack of “eco-friendly” habit among Nigerians creates an atmosphere conducive to flooding.

They also blamed lawless environmental law enforcement officials for failing in their responsibilities and aiding and abetting environmentally harmful practices.

They warned of further catastrophic flooding unless the pattern of erecting structures on waterways, dumping trash down drains and violating city master plans is checked.

Stakeholders also underlined the essential role that urban planners could play, but lamented that most of the time, the directives to do what is necessary are not respected by individuals, and sometimes even by the authorities.

“The federal and state governments are doing their best, but law enforcement is necessary because early warning forecasting alone is not enough.

“There is strong resistance to warning predictions and we have people who always insist on doing things their own way, regardless of the danger; someone will say that is where my ancestors lived and where I was born, and therefore will not leave the area,” he observed.

Kabiru Getso, environment commissioner of Kano state, also blamed the occurrence of most disasters on the recalcitrance of locals, who barely heed warnings about environmental hazards.

“The state government, through various environmental agencies, has carried out a lot of activities since the warning was issued by the Nigerian Meteorological Agency (NiMet), but people took it as a joke.

“The government embarked on a series of clarifications to educate people about their expectations before, during and after the rainy season, but most residents never took the issue seriously.

“Therefore, it is necessary to ensure the enforcement of laws relating to environmental management so that people do what is necessary,” he said.

Gloria Bulus, coordinator of the Network for Civil Society in the Environment (NCSE), said strategic planning and synergy with all relevant stakeholders were responsible for minimal flooding in the state.

Gloria observed that the state was able to control “man-made” hazards to a large extent, just as she pointed out that flooding could not be fully mitigated as there were other natural causes.

Yahaya Mohammed, Comptroller, Safety Awareness and Environmental Support Initiative (SAESI), said non-compliance with building regulations was one of the reasons for the minimal flooding experienced in the state.

An ecologist from Kebbi Aliero State University of Technology, Muhammad Idris, described the relentless flooding in parts of the country as “human-induced” and exacerbated by “human-nature interactions”.

“Floods in Nigeria are mainly human-induced and exacerbated by human-nature interactions; poor or non-existent drainage systems are a major cause of flooding. Many residential areas have no drainage system and rely on natural drainage channels,” he said.

He added that another factor is unregulated urban sprawl, saying the country is now experiencing a high rate of urbanization largely due to insecurity in some parts of the country.

“Nigeria is experiencing a high rate of urbanization, largely due to insecurity, and without commensurate provision of urban infrastructure and amenities.

“In Kebbi State in particular, agricultural land is increasingly being converted into residential areas to meet housing needs.

“But there is a laxity in the application of planning laws, which results in the construction of projects on natural floodplains and stormwater channels. This made the flooding worse.

“It’s not uncommon for city planners to take bribes and overlook problems; these may include unauthorized use of land and alteration of approved building plans,” he added.