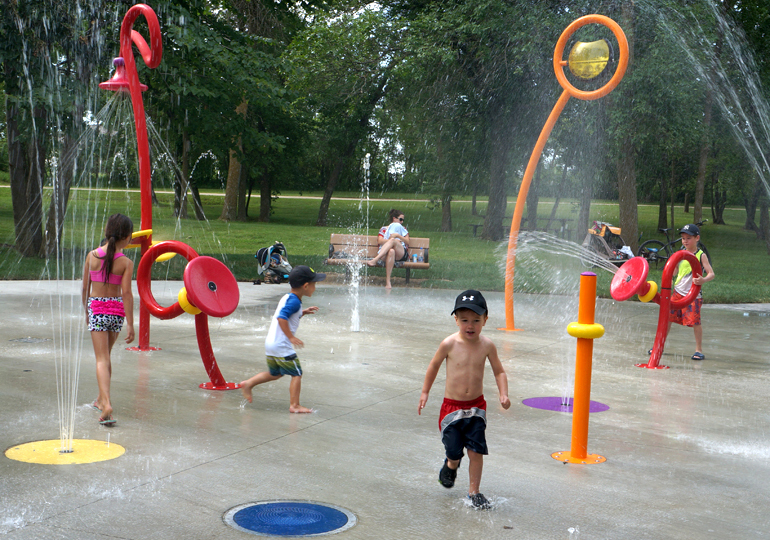 Governments should treat the oppressive heat as a natural disaster as climate change increases the risk of rising summer temperatures across much of Canada, according to a new report.

Irreversible Extreme Heat, written by experts from the Intact Center on Climate Change at the University of Waterloo, says “Canadian alarm bells should be ringing” about the risk of intense heat.

“We pay a lot of attention to floods and obviously fires, which cause a lot of property damage. But I think extreme heat is in a different category, and the cost of extreme heat is death and health. people. That’s something we don’t really have up there with our natural disasters.”

The Federal Government’s Natural Disasters website provides links to information on earthquakes, floods, wildfires, hail, icebergs, landslides, avalanches, tornadoes, tsunamis, storm surges, volcanic eruptions and winter storms. Heat is not listed, although it has proven to be deadlier and more common in Canada than most of these other threats.

The heat wave that hit British Columbia last summer killed nearly 600 people, including 526 in a week at the end of June. In Quebec in 2018, 89 people died due to extreme heat, most in poor neighborhoods in Montreal where air conditioning was scarce and natural vegetation like trees to provide shade was limited.

Ontario has been criticized for not properly tracking heat-related deaths, which are often recorded as heart attacks or from other chronic illnesses, many of which can become quickly fatal when the heat hits.

The duration of heat waves is also expected to increase, with the average heat wave in Kelowna lasting about six days before 2005, but expected to nearly double to more than 11 days by 2051. In Ottawa, heat waves that lasted in average five days, could extend beyond eight days by mid-century.

The report outlines dozens of things individuals, businesses and governments can do to lessen the threat posed by oppressive heat, including better emergency planning and heat warning notification systems.

People can plant trees for better shade, install blinds, add heat-absorbing building materials, use green roofs or heat-reflecting roofs, and have plans for heat waves that include sleeping arrangements. alternatives and make sure friends and neighbors have a place to cool off. .

Governments must incorporate heat concerns into building and planning codes, have public shading options such as trees or artificial canopies, and ensure there are cooling systems based on water like ponds and sprinklers.

“If an extreme heat event coincides with an extended power outage – without power to air conditioners and fans – lack of preparation could result in many deaths,” the report warns.

This report from The Canadian Press was first published on April 19, 2022.