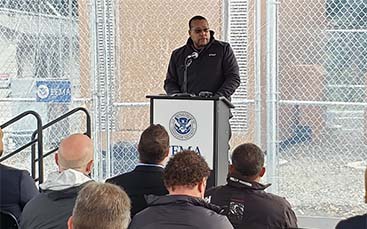 What if the nation is attacked by an enemy force, major cyberattack, or other natural or technological disaster, and all power sources, communications, telephone systems, and the Internet are offline? When the usual ability to learn more information about the event is cut off and you want to know what to do to stay safe, who do you turn to in such a circumstance?

This is where the nation’s Primary Entry Point (PEP) radio stations come in. When the worst happens, it is essential to have enhanced radio broadcast facilities to serve as the ultimate means of ensuring that the public can. obtain information about a national emergency. 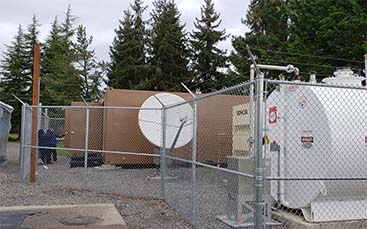 The Federal Emergency Management Agency (FEMA) with congressional funding dedicated the modernization of the PEP facility on Vashon Island on Friday, November 19e. Officials from Bonneville International, emergency management organizations and other broadcast and engineering groups attended the inauguration on 14e PEP installation to be modernized.

All broadcasters, including television, radio and cable systems, monitor Seattle’s PEP radio and, if able to stay on air during and after the disaster, will broadcast emergency presidential speeches, including North Sound radio stations such as KRKO and KXA. in Snohomish County.

The modernized PEP site involves a fully ruggedized facility that is independent against any type of attack or disaster. The site includes two individual modular structures with broadcast equipment, sleeping and bathing facilities, redundant communications, emergency power and fuel sources, and much more. This facility is designed to be on the air 24 hours a day, 7 days a week, and house staff provide essential information on life safety if the worst kind of disaster strikes and all else fails.

The site of the radio station’s transmitter on Vashon Island was completed 80 years ago just before World War II, the first of its 50,000-watt transmit power facilities in the west of Salt Lake City. When the U.S. war effort began, the military realized that broadcasters needed to survive the worst and stay on the air to provide critical information to the public, and the concept of primary entry point stations (PEP ) was born.

The nationwide network of PEP stations grew as the country entered the Cold War era of the 1950s and early 1960s. There have been two instances where the use of the PEP network has been on the market. point of being put into action, the Cuban missile crisis of 1962 and September 11. Today, the PEP network is part of the Emergency Alert System (EAS).

Radio is the backbone of information and entertainment communication. 80% of people listen to the radio, despite all other media alternatives. When a major disaster strikes, the radio provides and shares vital information about people’s safety to the communities they serve, especially when a natural or technological disaster unfolds such as a major earthquake or even an electromagnetic pulse ( EMP).

The radio is part of all emergency kits for the home, work, schools, healthcare facilities, senior centers, cars, places of worship and more. Radio options include those powered by batteries or even wind-up models. NOAA Weather Radio All Hazard Receivers are also a great option as they not only receive site-specific weather warning information, but also warning information from national, state and local emergency authorities – a lifeline for the cost of a pair of shoes. There are also models with AM and FM radio. Just weeks away from the holidays, a NOAA weather radio can make a great holiday gift for those you love.

So when the worst happens and all power, phones, and communications are offline, the radio is the lifeline of critical information. Knowing that a PEP is in the backyard of North Sound, there is a sense of comfort and calm that there will be a key source of information before, during and after a national emergency.