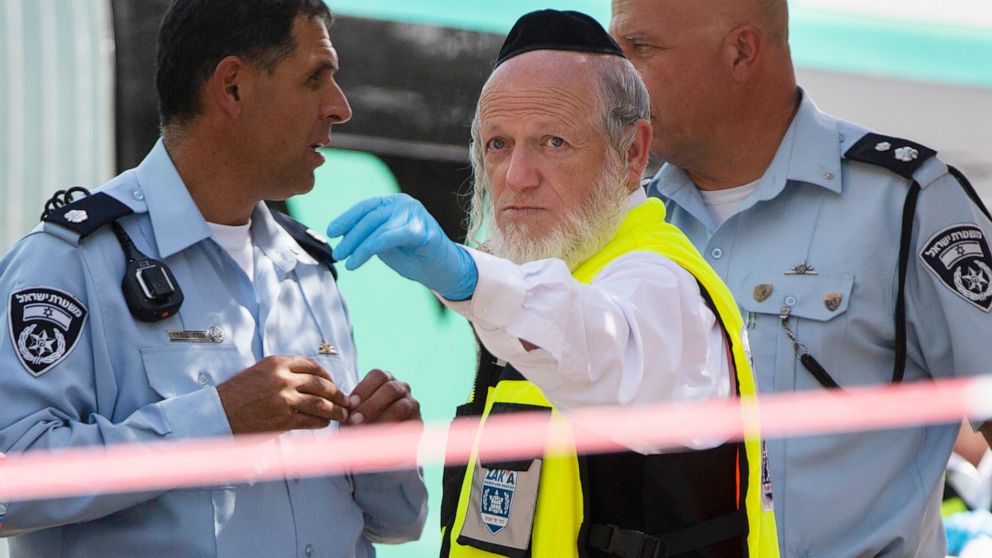 Yehuda Meshi-Zahav, a prominent member of Israel’s ultra-Orthodox community who founded a volunteer paramedic service before his reputation plummeted amid a series of sex abuse allegations, has died

JERUSALEM — Yehuda Meshi-Zahav, a prominent member of Israel’s ultra-Orthodox community who founded a volunteer paramedic service before his reputation plummeted amid a series of sex abuse allegations, has died. He was 62 years old.

Meshi-Zahav was hospitalized last year after attempting suicide as accusers come forward alleging years of sexual abuse after receiving Israel’s lifetime achievement award, the highest civilian honor from the country. Herzog Medical Center in Jerusalem confirmed his death on Wednesday, but did not give a cause.

For decades, Yehuda Meshi-Zahav was one of Israel’s most recognizable faces, widely respected for founding an ultra-Orthodox relief service that bridged the gap between religious and secular Israelis and cared victims of Palestinian attacks.

He formed ZAKA in 1995, six years after providing first aid to victims of a deadly Palestinian bus bombing that killed 16 people near Jerusalem. Volunteers from his organization helped identify victims of disasters and suicide bombings and collect their remains for Jewish burial. The group has grown to include first response paramedics and wide recognition in Israel.

But after it was announced in March 2021 that he would receive the Israel Prize, his accusers came forward, claiming that Meshi-Zahav had committed horrific acts of sexual abuse of men, women and children for several decades, and that the ultra-Orthodox community had protected him with a wall of silence.

A month later, he reportedly attempted suicide in his Jerusalem apartment and was hospitalized until his death on Wednesday. Israeli media reported at the time that he attempted to hang himself.