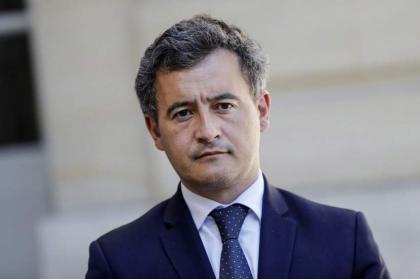 French authorities will declare a natural disaster in Corsica from August 24 due to a severe storm engulfing the island, French Interior Minister Gerald Darmanin said on Friday.

“We have scheduled meetings for Wednesday, that is to say in record time, which will allow us to declare a natural disaster,” Darmanin told French channel BFMTV during his trip to Corsica, adding that the disaster regime will allow affected businesses to quickly receive compensation for damages caused by the hurricane.

On Thursday, French Prime Minister Elisabeth Borne said on Twitter that she had formed an inter-ministerial emergency group to monitor the situation in Corsica after the death of six people and at least 20 injuries in Corsica as a violent storm raged. fell on the Mediterranean island.

On Thursday morning, the French national meteorological service announced an orange level of weather risk (a reinforced third level, according to the five-level risk system) in Corsica. Wind gusts reached 224 km/h on the west coast of the island.

The string of storms in the region follows an intense heat wave that has engulfed Europe in recent weeks and sparked the most severe wildfires in decades.