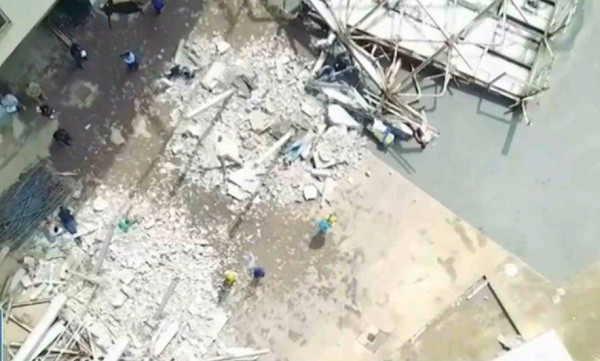 Ruins of an environmental disaster

An earthquake simulation exercise named “Lignite Coast 2022 Preparedness” has been launched in Accra.

The event, which is a collaboration between the National Disaster Management Organization (NADMO) and the United States North Dakota Guard, involves simulating the impact of a damaging earthquake to test preparedness, national capacities and response capacities.

It also aims to grease the coordination system between disaster management agencies to enable them to collaboratively manage disasters should they occur.

The Lignite Coast 2022 Preparedness simulation stems from a report by the Technical Committee set up by the government in 2019 to develop a framework for refocusing the country’s earthquake preparedness and response. The US government, through its embassy in Accra, has offered to help Ghana implement the report that resulted in the 2022 exercise.

The situation, he said, is more alarming given the city’s growing population.

A Security Cooperation Officer at the US Embassy in Accra, Major Jarrod Simek, hailed the partnership that has existed since 2004. He reiterated the need for collective efforts to mitigate the impact of disasters like earthquakes.

The exercise which has drawn observers from neighboring Togo and Benin includes agencies such as the Ghana Police Service, Ghana Armed Forces, Ghana National Fire Service, National Ambulance Service and of health in Ghana.

They will stimulate earthquakes with other secondary events like gas explosion and slope failure.