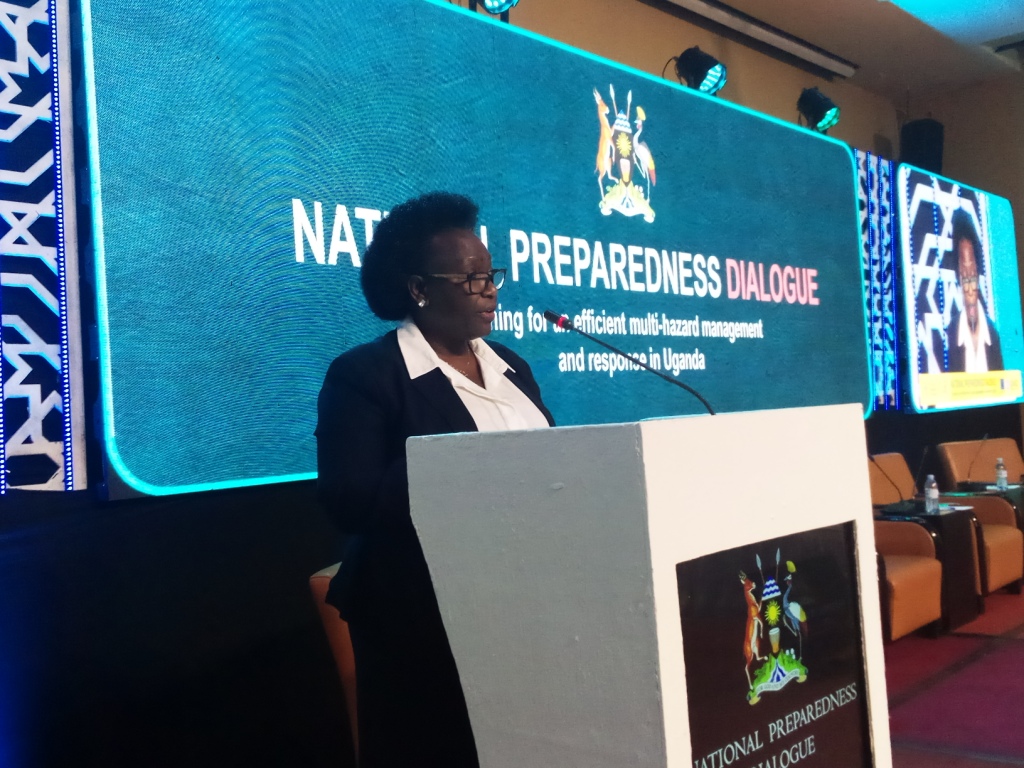 Tusiime, in his opening remarks at the two-day national dialogue on disaster preparedness in Kampala, noted that the government plans to tackle disasters before they even strike.

â€œWe are moving from reactive measures to proactive measures. We no longer want to act after disasters but rather find ways to fight them before they happen, â€she said.

These new challenges, she said, require an integrated approach and preparation.

â€œWe need to put more emphasis on planning because, for example, OPM used to plan 40,000 households in 2019, we are now at 300,000. There is a need to align the NDP III in response to disasters. , which the OPM has already started to pursue, â€she said.

In their joint statement read by Ryan Anderson, Deputy Country Director of the World Food Program (WFP), Food and Agriculture Organization of the United Nations and WFP noted the need to address issue of disaster preparedness before real disasters strike the country.

â€œWe are facing a reality where the frequency and impact of hazards in Uganda is increasing. We cannot continue as usual. We need to strengthen disaster preparedness to anticipate predictable and unforeseeable events. And if we do as usual, that means the number of people in need will also increase, â€said Anderson.

He noted that neither the government, development partners nor civil society can continually fund the rising costs of responding to the overwhelming need to alleviate human suffering as a result of every hazard.

He cited the recent locust invasion crisis, noting that Uganda has been spared the full impact due to efforts by countries in the Horn of Africa to control locusts.

â€œEffective control measures, particularly in Ethiopia, Somalia and Kenya, have been essential to mitigate the impact in Uganda, in addition to the fact that the first swarms arrived outside periods of agricultural production. Nonetheless, around 750,000 households have been affected in terms of food security and livelihoods in eastern and northern Uganda, highlighting Uganda’s vulnerability to the Desert Locust, â€he said.

Adding: â€œWe can consider ourselves lucky because we weren’t prepared. The desert locust is not the only incident in recent years where Uganda’s vulnerability to predictable and unpredictable hazards has been evident.

The national dialogue on November 17-18 aims to foster multisectoral preparedness planning to identify, monitor and respond to future risks that threaten food security, livelihoods and well-being of Ugandans and is expected to contribute strengthening disaster preparedness structures and systems. and the development of the disaster risk management plan.

Speaking during the dialogue, Caroline Nakalyango, senior hydrogeologist at the Ministry of Water and Environment, noted that they are overwhelmed by flooding in the country due to the lack of data to always measure the extent of the water.

â€œWe don’t have an integrated weather and hydrological forecasting system in the ministry today. 60% of the water bodies supposed to be protected are already contaminated. We need to equip the real-time water level monitoring stations to monitor the water levels of different water bodies. We also need the task force to develop the national flood action plan, â€Nakalyango said.