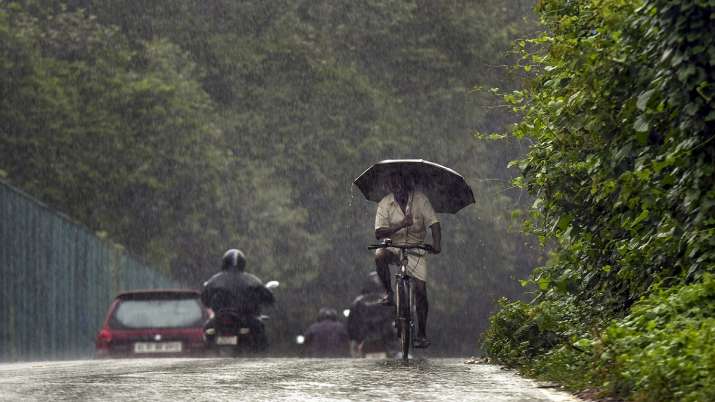 As heavy rains continue to hit parts of Kerala, water levels at several dams including the Mullaperiyar and Idukki in the state are reaching their respective storage capacities and some have even reached red alert status sunday.

According to figures provided by the Kerala State Disaster Management Authority (KSDMA), water from six dams – including four at Idukki – under the control of the Kerala State Electricity Board (KSEB) is at the level of red alert and into an orange alert level.

The dams where water reached red alert levels at 11am were – Ponmudi, Kallarkutty, Erattayar and Lower Periyar in Idukki, Kuttiyadi in Kozhikode and Moozhiyar in Pathanamthitta districts of the state.

An orange alert has been announced at Poringalkuthu Dam in Thrissur, KSDMA said.

The color-coded alerts – blue, orange and red – refer to the dam’s storage level data in relation to the capacity of each reservoir.

Later that evening, Kerala Chief Minister Pinarayi Vijayan, referring to weather reports and KSDMA data, said that an orange alert had also been announced at the Meenkara irrigation dam in Palakkad.

Additionally, blue alerts have been announced at Neyyar and Mangalam irrigation dams in Thiruvananthapuram and Palakkad respectively, the chief minister said in a statement.

He also said that the water level in Mullaperiyar Dam has reached 135.75ft and once it reaches 136.60 due to rains, Tamil Nadu will release water from its side by the spillway and therefore nearby residents should be alert and take precautions.

Water levels in the Mullaperiyar dam were holding at 135.7ft as of 12 p.m. due to reduced rainfall in the area in the previous hours, an official at the control room set up in the district had said. ‘Idukki earlier today.

The Chief Minister in the statement also said that water was being released from Malankara, Siruvani, Kuttiyadi, Kallada, Karapuzha, Kanjirappuzha, Peechi, Maniyar, Bhoothathankettu, Moolathara and Pazhassi dams in the state and people near these dams should take precautions.

Vijayan asked people to watch out for wind hazards as strong winds are expected in the state and advised people living in low lying areas, near river banks and hilly areas prone to landslides to be vigilant.
He said in the statement that 23 relief camps have been set up in various districts of the state and 1,485 people have been displaced there.

Meanwhile, 23 people have died so far in rain-related incidents, 11 have been injured, three are missing, 81 houses have been completely destroyed and 1,278 houses have been partially damaged, according to the statement.