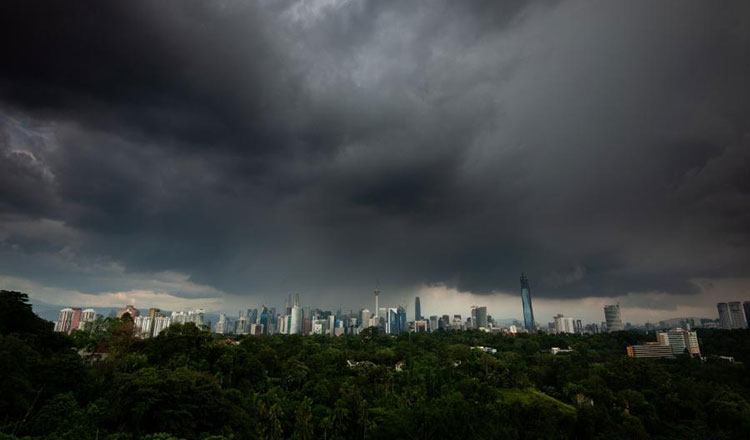 Heavy showers that lasted for more than 24 hours and started late Friday night (December 17) were equal to the monthly average precipitation, which was a 100-year weather event.

This was stated by the Secretary General of the Ministry of Environment and Water (Kasa), Datuk Seri Zaini Ujang.

But the last time an incident like this happened was not 100 years ago, but only four years ago.

The 2017 flood occurred early that year. Heavy seasonal rains that began on January 23, 2017 caused flooding in six states (Johor, Kelantan, Pahang, Perak, Selangor and Sabah). The National Disaster Management Agency (Nadma), army, police and other local government agencies were deployed to carry out evacuations, established emergency shelters and evacuation centers, and provided relief in the event of a disaster.

The Malaysia Disaster Assistance and Rescue Special Team (SMART) has also been dispatched to affected areas to conduct search and rescue (SAR) operations. The Malaysian Red Crescent’s (MRC) emergency response capacity has also not been spared in carrying out water search and rescue operations, social support services and health relief. and disaster.

Later that year, in November 2017, hours of torrential rain caused flash floods in Penang that left at least seven people dead. Military forces have been deployed to help rescue thousands of displaced people. Almost 80% of the state was affected by typhoon-like winds and heavy rain, much like those that swept through Selangor on Saturday.

More than 3,500 were evacuated to Penang. In the nearby town of Kedah, more than 2,000 people have been forced to leave their homes.

The event took place in Kuala Lumpur from April 17-19, 2019. Approximately 50 civilian and military disaster response actors were present to enhance their disaster response knowledge and operationalize civilian coordination -military at the national, regional and international levels, towards a common objective of disaster preparedness and preparedness.

The CFE-DM publishes the Disaster Management Reference Manual series that aims to provide decision-makers, planners, stakeholders and practitioners in disaster management with an overview of the structure, policies, laws and plans for disaster management. disasters for each country covered in the series.

The Malaysia: Disaster Management Reference Handbook was published in June 2019, following the event held in Kuala Lumpur in April 2019, and offers a guide that brings together important information on disaster management and response in the country.

Despite this, authorities were once again unprepared for the Selangor flood on Saturday.

An effective response to disasters – natural or man-made – is an essential role for authorities at all levels. This requires planning, coordination and communication between authorities. The authorities’ lack of preparedness undermines confidence in their ability to plan, prepare for and respond to disasters.

Will the authorities continue to be unprepared for the next disaster? God forgives.

And God forbid we are not prepared for the next wave of the Covid-19 pandemic. So I share Lim Chee Han’s call for the public to “consider the changes to Law 342 holistically, understand and support the need for the changes.”

According to Lim, the government, opposition lawmakers and civil society groups can still discuss the amount of the maximum general and compound sanctions, as well as other concerns.

To deal with the next impending pandemic wave, the government definitely needs the amendments by Monday, not next March. Even less six months later.

I said it in “Appeal to the Federal Government and the Opposition: Be Responsible”.

In the interest of the rule of law, and as Lim said, let us ensure that Law 342 provides the necessary legal basis and proportionate sanctions to deal with epidemics and pandemics.

First published in The Malay Mail