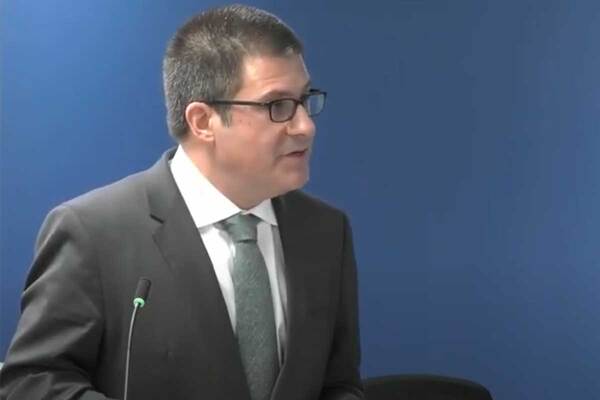 The Grenfell Tower Inquiry heard today closing statements on Module Three, which concerned the management of the tower in the years leading up to the fire, from lawyers representing the bereaved, survivors and the residents and the Kensinton and Chelsea Tenant Management Organization (KCTMO), which managed the tower on behalf of the Royal Borough of Kensington and Chelsea (RBKC).

Representing a group of bereaved, survivors and residents, Danny Friedman QC argued that the Grenfell fire was a “human rights catastrophe” because several human rights were “violated” and “these violations were causal”.

This included the “life rights of disabled and vulnerable residents,” which Friedman said were violated due to KCTMO’s failure to develop personalized evacuation plans for these residents in the event of a fire.

Mr Friedman also argued that there had been a violation of residents ‘”consultation rights” because KCTMO “deliberately limited” tenants’ engagement during the renovation of the building and “discriminated against them. with regard to active residents ”.

He said a “lack of respect for human dignity had contributed to the cause of this disaster”, as RBKC and KCTMO “had a series of prejudices and prejudices underlying their exclusion from the significant influence of residents. “, which prevented residents from being able to retain their owner. to estimate.

A lawyer representing KCTMO said its employees did not attempt to deceive or disadvantage residents and argued that its behavior was similar to that of other social landlords at the time.

Mr Friedman’s argument was reflected in a statement released today by Grenfell United, a group of bereaved and survivors, which said: “It does not shock us that the final statements in module three are a conclusion The overwhelming evidence heard shows the TMO’s deliberate intention to ignore residents and withhold vital information even when serious risks were involved, and the RBKC’s deliberate lack of control over this corrupt organization.

“Our mistreatment by RBKC and KCTMO is not punctual, thousands of social housing tenants across the country suffer this same contempt and neglect, living in appalling conditions without their complaints being ignored”, adds the communicated.

Mr Friedman said RBKC and TMO have acted as they have because “they have come together to view this renovation as an act of municipal generosity, not a critical and long overdue investment, but a gift.”

He criticized the organizations for demonstrating “unacceptable secrecy” by denying information to residents who asked “obviously obvious” questions about the architects’ experience and what had happened to the fire consultants appointed to advise the project. He said this was “motivated by bad faith” and was because the TMO wanted to avoid criticism.

“With greater transparency a campaign for compliance could have been waged by residents to protect themselves. Residents had the right to be informed aand prepared for risk on their own terms, not to the secret and defensive conditions of those who governed them, ”he said.

He said locals “were widely regarded as a disadvantage to manage, rather than Human being”.

“One of the main things that provokes outrage among residents who were mistreated in this way at the time is that without the fire nothing would have been done,” he said.

In a separate statement representing the same group of residents, Stephanie Barwise QC said “insufficient funding for social housing” has led to a “defeatist make and fix strategy even if it involves compromising safety”.