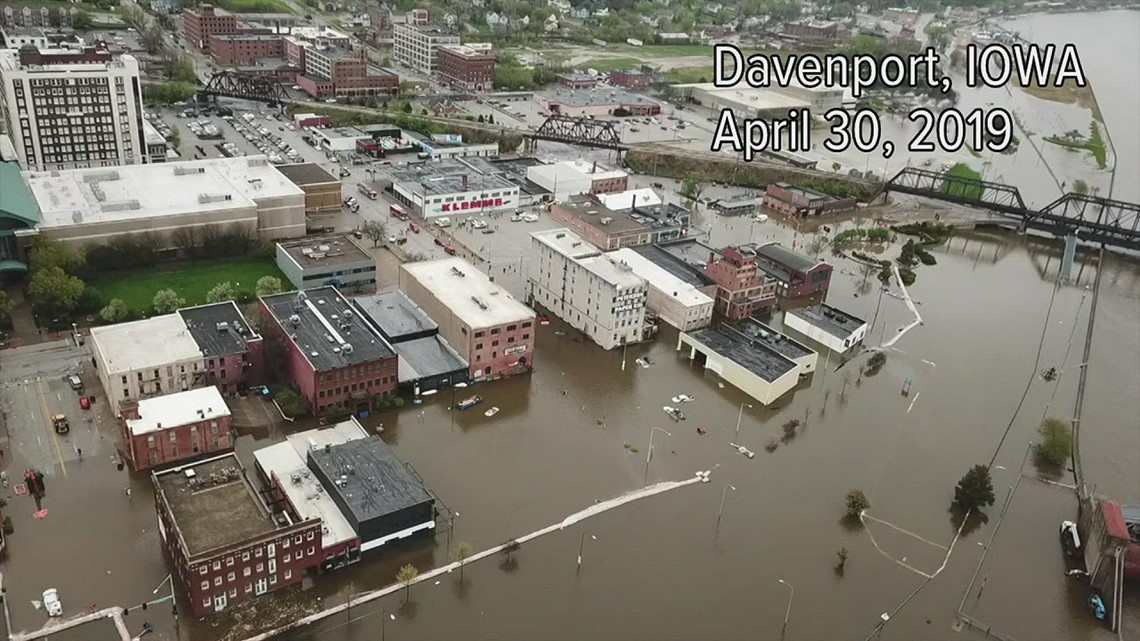 Davenport and Muscatine will receive grants to fund projects designed to protect themselves and recover from natural disasters.

DAVENPORT, Iowa – Two cities in Iowa will receive $ 13.1 million in grants to help the state’s efforts against natural disasters.

The grants will be awarded by the Department’s Economic Development Administration (EDA).

“President Biden is committed to using all the power of the federal government to help communities recover and rebuild after natural disasters,” said Raimondo. “These investments in EDA will allow Iowa, hit hard by recent flooding, to strengthen protection in several communities, building resilience in the face of future disasters.

Davenport’s $ 9.9 million plans include the construction of a flood prevention drain wall and pumping system to protect the regional wastewater treatment facility in the event of flooding and flooding. ‘rainy waters.

An additional $ 2.5 million in local funds is expected to be matched to the Davenport project, which will also create more than 9,000 jobs.

The Muscatine Louisa Island Levee District’s $ 3.2 million grant will support a dike improvement project to provide flood protection to critical infrastructure and businesses in the area.

$ 3.2 million in local funds will be matched with Muscatine’s plans which are expected to create 215 jobs, retain 3,598 jobs and generate $ 352 million in private investment.