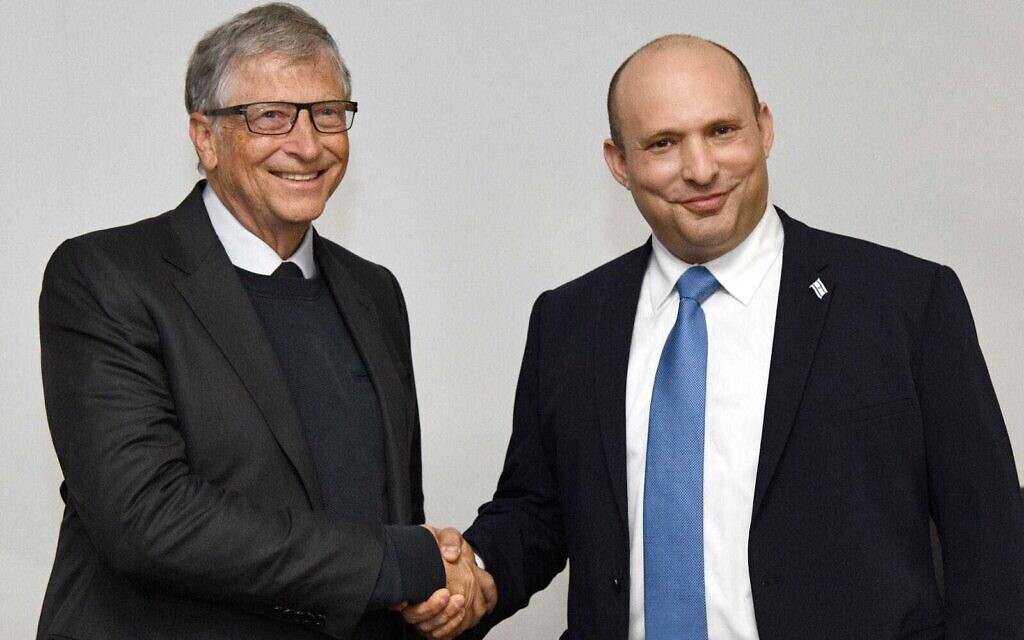 The two men agree to create a working group between the State of Israel and the Gates Foundation in the area of â€‹â€‹climate change innovation.

â€œIsrael is known as the startup nation, and I think it’s time to pivot and channel our national energy – which is the energy of the people, the gray matter – to fight climate change,â€ Bennett said. to Gates at their meeting. â€œWe will consider this as a national mission. “

Bennett says Israel is cooperating with many of its neighbors on climate-related issues, especially in the area of â€‹â€‹water scarcity.

Gates told the Israeli Prime Minister that â€œmy great belief is that we can solve climate change if we accelerate innovationâ€.

Speaking of innovation, Gates says, â€œThis is really what Israel is known for, but not so much in climate space. The key, he says, will be to “understand where the bright people are in Israel who are thinking about these new techniques.”

â€œWe thought, how do we connect and find more people doing mitigation-type innovation, more people doing adaptation? Gates asks. â€œGiven the talent you have and what we’ve seen in the digital space, how do you unleash more of it? So I would like to take advantage of this surge of innovation in R&D and find out where Israel can partner with us.

Energy Minister Karine Elharrar adds: â€œIsrael can be a very strong power in the fight against climate change, and I think a joint venture is very good news for that.

Gates notes that he and Bennett – who made millions in high tech before entering politics – realized that “innovation was key” to their early careers. â€œI love this comparison,â€ jokes Bennett, laughing.