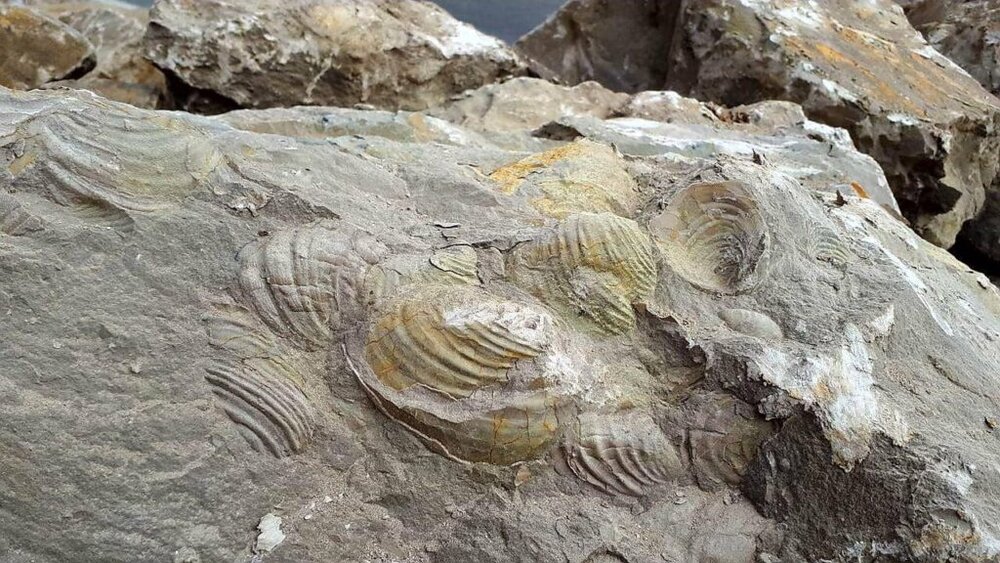 TEHRAN — A fossil site in the city of Maragheh in East Azerbaijan’s northwestern province is set to be designated a geopark, the head of Iran’s Palaeontological Society has said.

The Maragheh fossil site is among the five most important and valuable vertebrate fossil sites in the world and has the potential to be designated an international geopark, IRNA quoted Abbas Qaderi as saying on Monday.

Geosites, no matter where they are, contribute to land development by being properly introduced and exploited, he noted.

This unique ability of the region, however, deserves more attention and efforts to attract investment for tourism development, he added.

This valuable capability, unmatched in other countries in the region and rare in other parts of the world, requires further study, introduction and creation of various geosites as part of a major global geopark, a- he explained.

It is therefore possible to introduce the Maragheh fossil site to the world as the fourth national geopark in Iran, he said.

The Maragheh fossil site is one of the richest fossil areas in the world, and in the latest study conducted, ancestral fossils of mammoths, giraffes and deer were found in this area.

It has been found that the fossil layers of Maragheh date back to the late Cenozoic period, around seven to twelve million years ago, and scientific exploration can provide accurate information about the lives of these gigantic animals.

Due to the presence of fossils of mastodons and mammoths (fossils from prehistory), the fossiliferous zone of Maragheh has a worldwide reputation and is now under the protection of the Department of the Environment of the province.

As the first national, natural and fossil remnant of Iran, Maragheh has the highest environmental protection rating.

A geopark is a unified area that advances the protection and use of geoheritage in a sustainable way and promotes the economic well-being of the people who live there. A UNESCO definition of the Global Geopark is a unified area with geological heritage of international significance. Geoparks use this heritage to promote awareness of key issues facing society in the context of our dynamic planet.

Experts believe that the majority of geoparks help promote awareness of geohazards, including volcanoes, earthquakes and tsunamis, and many help prepare disaster mitigation strategies with local communities. Geoparks contain records of past climate change and are also indicators of current climate change.

A UNESCO Global Geopark promotes culturally and environmentally sustainable socio-economic development, directly affecting the region by improving human living conditions and the rural environment. It gives residents a sense of pride in their region, strengthens public identification with the region, and promotes a better understanding of the region’s geological, natural, archaeological, cultural and industrial heritage.