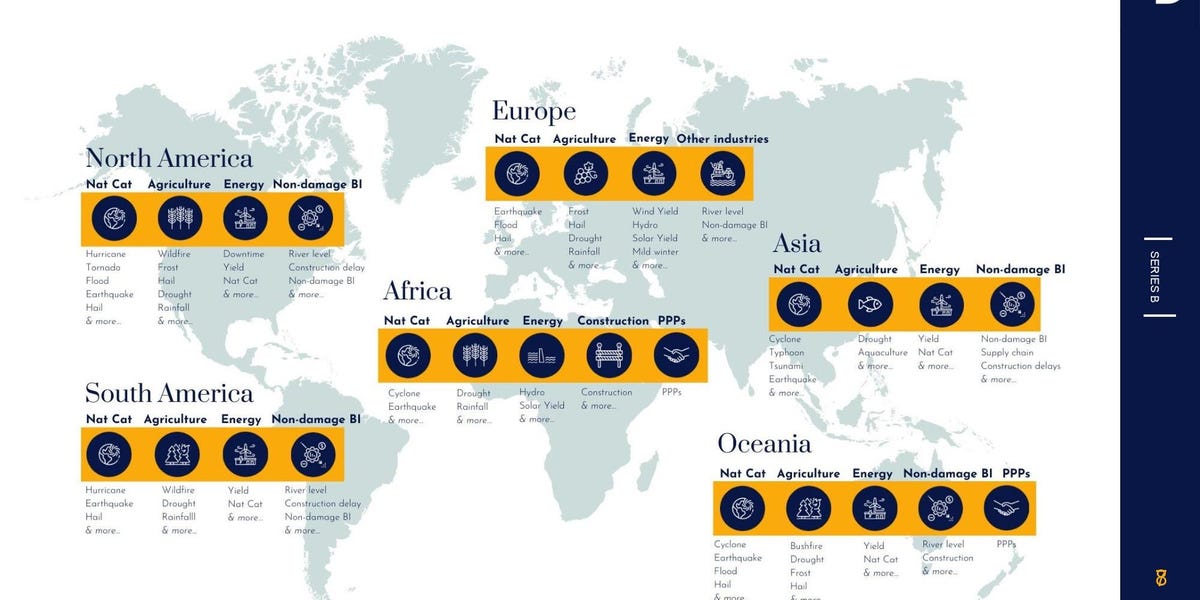 A startup specializing in insurance for businesses battling climate risks, including cyclones, earthquakes, floods, wildfires and droughts, has raised $120 million from investors.

Paris-based Descartes Underwriting aims to disrupt the insurance industry for businesses at a time when growing climate change challenges threaten greater economic damage and loss to them globally.

Descartes uses risk modeling involving artificial intelligence that draws from a range of data sources to offer companies a product that covers “the full spectrum of natural disasters and emerging risk exposures”.

The threat of climate change to business has become a problem that has spread across the world. Figures of Munich Re, a German reinsurance company, estimated losses from natural disasters totaled $280 billion in 2021, of which only $120 billion was insured.

“The commercial insurance market is undergoing profound change under the impact of climate change, the increasing impact of natural disasters and the rise of emerging risks,” said Tanguy Touffut, CEO and co-founder of Descartes Underwriting.

The startup’s Series B round was led by Highland Europe, a growth capital firm, and Eurazeo, a French investment firm, with participation from a group of existing and new investors, including Serena, Cathay Innovation, Blackfin Capital Partners, Seaya Ventures and Mundi Ventures. .

The new round follows the company’s $18.5 million Series A funding 18 months ago. The new funds will be used to grow its platform as well as expand into new lines of business and target larger deals.

“We will continue to develop and deploy a new generation of fully technology-driven insurance products that are simpler, more transparent and faster to pay out in the event of a claim – tailored to the new risks that businesses and governments are increasingly faced with. more confronted,” Touffut said. .

Check out the pitch deck Descartes used to raise the fresh funds below: