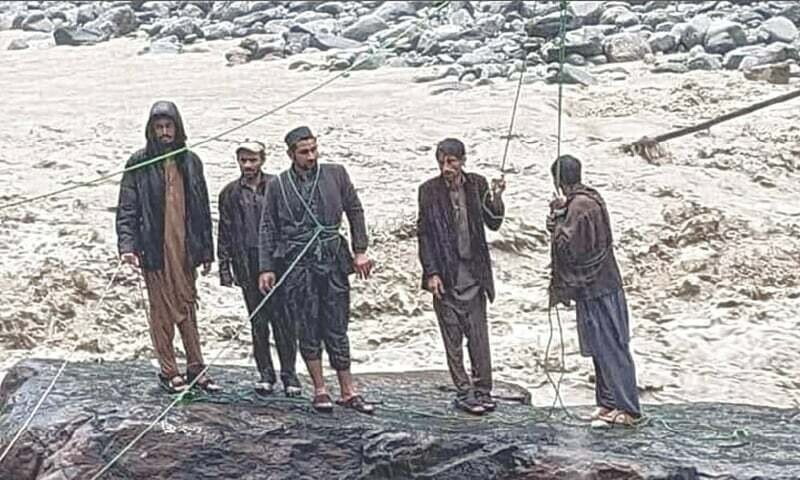 Recent torrential rains have caused a massive disaster in Sindh and Balochistan, resulting in floods, landslides and other severe weather-related disasters. Many politicians and officials have been heard trying to save their skins by calling it divine retribution beyond human control.

The truth is that they use religion for political purposes to hide their apathy and failure to manage the business they are supposed to manage.

Disasters are not caused by nature, but by natural phenomena when man does not realize the seriousness of the situation and refuses to pay attention to the warning signs that science and technology keep emitting. Simply put, what we have seen over the past few days is nothing but a man-made disaster, and you have to be man enough to take it on.

Climate change is a serious problem, but no one takes it seriously. Capitalists only increase the size of their carbon footprint, while deforestation, tree cutting and other follies negatively impact the planet.

Monsoon rains wreaked havoc across the country, from Gilgit-Baltistan and Khyber Pakhtunkhwa to Sindh, southern Punjab and Balochistan. All this happened because of the failure of municipal policies and urban planning. In many parts of Pakistan today, there are no properly managed sustainable drainage systems to help manage surface water runoff.

To make matters worse, people regularly dump waste into the sewers, clogging them and preventing rainwater from flowing, causing sewers to overflow. After a short period of rain, it is usual to see flooded streets with trash floating around. Such events lead to extremely unsanitary conditions for local people and worsen the state of the environment. And what about those structures to the north that were built in the bed of the river? Were they not created by man?

The monsoon season in Pakistan is becoming a routine affair, which has not always been the case, and in order to avoid deadly floods, it is mandatory to have highly efficient drainage systems to ensure the free flow of water during and after showers. The right experts must step in and let the nation know whether or not we need more dams and, if we need them, where, how many, and how big. Water reservoirs are apparently necessary to save water for future use instead of letting it create disasters due to poor governance and corruption.

Natural disasters are actually man-made disasters that are made worse by human-led mismanagement. They reflect the inability of those responsible to act in time and to be consistent in their actions.

We have technology that allows us to predict natural disasters before they occur, as well as to mitigate the damage and economic losses that result. If we still suffer, let’s not blame nature.

For its part, the international community needs to reduce carbon emissions, for which it must go beyond the Kyoto Protocol. Locally, environmentalists and the media should educate the public about the unnecessary risks we face in our daily lives.

If the government and society do not act now, the disaster will be worse in the future and, again, it will be man-made.