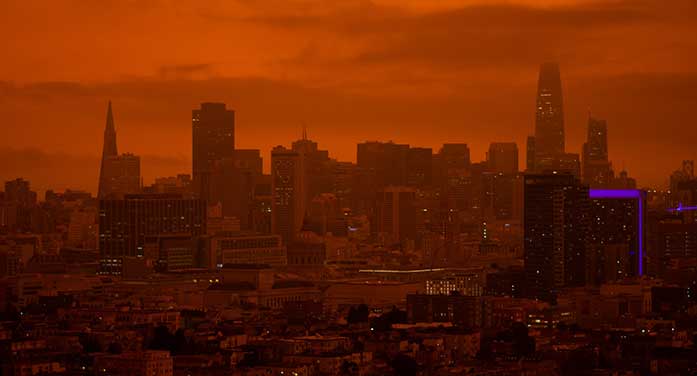 As natural disasters such as fires, extreme heat waves and floods are on the rise around the world due to climate change, cities are looking at how they can be better prepared.

According to Stephen Wong, a professor of civil and environmental engineering at the University of Alberta, many communities lack clear evacuation plans and communication with residents is inconsistent across jurisdictions.

To help improve this, Wong received a grant from the City of Edmonton and the Alberta Ecotrust Foundation to study evacuation procedures and the emerging concept of “resilience centers” – community shelters that provide resources and assistance during climate-related disasters and disruptions.

Starting this spring, Wong plans to collect data through household surveys and focus groups in at-risk communities, focusing on disadvantaged populations most at risk from disasters.

Wong acknowledges that there is no one-size-fits-all solution, but hopes the results of his research will point municipalities in the right direction.

“My disaster work focuses on how people behave,” he said. “Once we understand the choices people make, we can begin to change our transportation and emergency responses, strategies and policies.

“With climate change, the types of disasters we’ve seen in British Columbia over the past year are likely to increase in size, scope and frequency, especially extreme wildfires, floods and drought.”

Wong joined the U of A last fall after completing his award-winning doctoral dissertation at Berkeley, which examined transportation and evacuation strategies for governments preparing for, responding to, and recovering from disasters.

In review of California wildfire evacuations between 2017 and 2019, he found that most state jurisdictions lacked the public resources to adequately evacuate all endangered populations. In one further studyit provided recommendations on resource sharing between residents and businesses.

He said evacuation plans should be based on data – including fire and traffic modeling, surveys and mobile phone data as well as interviews, focus groups and community meetings – but the are rarely.

“We need manuals, guidelines and plans in advance, and they should be empirically based on research.”

Wong now leads the Resilient and Sustainable Mobility and Evacuation (RESUME) group at the U of A. In his research, he takes a multidisciplinary approach that “sits at the intersection of engineering, social science, and public policy “. He describes it as a mix of qualitative and quantitative, with the former giving him valuable perspective – through questionnaires, surveys, interviews and focus groups – on people’s needs and choices when it comes to health. ‘evacuation.

He spoke with several vulnerable groups affected by the California wildfires: people with disabilities, seniors, low-income people and a group of Spanish-speaking people. He wanted to understand why they had made the decisions they had made during the forest fires.

“I was inspired by how all the groups came up with policies that would meet their needs,” Wong said. “If we had only applied a quantitative method, we would have missed their perspectives and their voices in the research.”

A crucial part of his study of Edmonton will be to examine how to set up resilience hubs. It is a relatively new concept in disaster planning, an approach that transfers power to neighborhoods and communities to help residents coordinate the distribution of resources and services before, during and after a natural disaster.

Operating as a network, some hubs could connect buses and other modes of transport. Others could serve as evacuation shelters, distributing emergency resources and information. In parts of California, for example, there are community centers that kick in during power outages to recharge batteries, pick up food and water, and cool off.

“Ideally, resilience hubs would be places where resources can be exchanged very quickly and where you can get information on how to recover after a disaster, like a flood or a wildfire,” Wong said. “They can easily double up, especially in Edmonton, with community leagues or schools, allowing them to promote climate equity year-round.

Wong’s research aims to reveal why Edmontonians will make certain decisions during a disaster in order to advise the city on supporting infrastructure. He said it was about thinking differently about the built environment and urban design, about building resilience within communities at the neighborhood and grassroots level.

“In this approach to land use, how do we change strategies to improve transport systems for sustainability, for resilience? How can we increase walking or cycling, linking cycle paths to specific hubs? What changes are needed to improve public transit, especially for those who don’t have a vehicle to help them evacuate?

While noting that no escape plan could ever prepare a community for all possible risks and disasters, Wong pointed out that evidence-based research could significantly improve the effectiveness and feasibility of escape plans.

The opinions expressed by our columnists and contributors are their own and do not inherently or expressly reflect the views of our publication.

© Troy Media
Troy Media is an editorial content provider for news outlets and its own hosted community media across Canada.