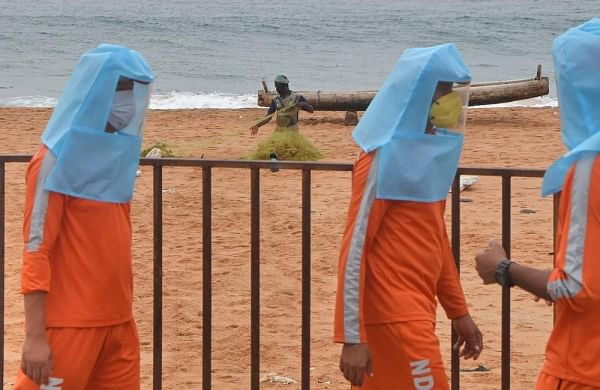 During their interaction, several latest methodologies using the latest technologies for disaster management were explained to the NDRF team. Narendra Singh said the purpose of their visit was to study the 24/7 surveillance operations at APDMA’s operations center for rapid disaster response. Based on their study, they will take steps for setting up an integrated control room in New Delhi, he said.

APDMA Director C Nagaraju explained the popular system for sending round-the-clock sighting-based alerts to the State Emergency Operations Center. Alerts are issued in the event of lightning, heat waves, floods and cyclones. A pre-diaster alert will help mitigate loss of life and property, he said.

The operation of the Satellite Mobile Data Voice Terminal (SBMDVT) was demonstrated to the NDRF team. WebEOC, GIS and other technologies used at the center were also explained to the visiting team.