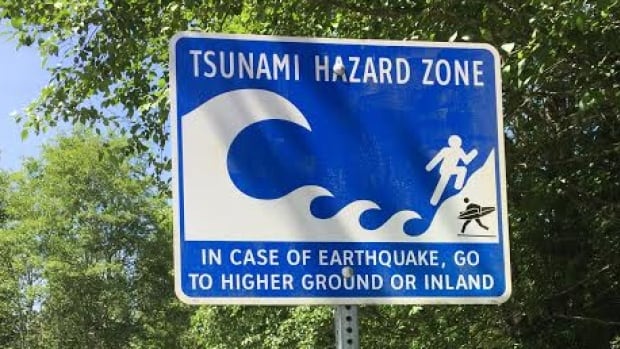 When disaster strikes, the minutes can make a difference for those trying to get out of harm’s way.

A new app created by researchers at the University of British Columbia aims to reduce the time spent scrambling to organize by helping households create personalized emergency response plans.

The Canadian Hazards Emergency Response and Preparedness (CHERP) app is slated to launch in November and will be piloted in a handful of Vancouver Island communities including Tahsis, Tofino, Nanaimo, Oak Bay, Parksville and Qualicum Beach .

After downloading the app to a mobile device, users will be able to enter details about their home and the people who live there, including pets, and the app will help people create detailed and personalized plans to put together. implemented in the event of a flood, earthquake, tsunami or other major incident.

“You name it, we go through this information and adjust these plans in the app on the fly, protecting your privacy, so that this information is personalized for your individual household,” said Ryan Reynolds, postdoctoral researcher at UBC. School of Community and Regional Planning, whose team created CHERP.

I’ve been a bit silent on the work I’ve been doing on the CHERP app lately, so I thought I’d share a little bit of that work today.

For those who don’t know, CHERP is a partnership between my team at the University of British Columbia and seven câ€¦https: / /t.co/P8hTU8aj8v

Reynolds, speaking to Gregor Craigie, CBC’s host On the island, said he came up with the idea after speaking with residents of Port Alberni, B.C., following a tsunami warning in 2018.

He said at least 10 percent of the people in that community didn’t know if they lived in the tsunami zone and another eight percent thought they were when they actually weren’t. at risk.

Reynolds said it was worrying for him to see such confusion.

Now people who use CHERP will be able to see if their home is in fact in a tsunami zone. This, he said, is essential because if people who are not at risk evacuate, it can cause traffic jams that could trap people who need to flee.

The more information you enter into the app, the more detailed the plans can be. Considerations may include whether a person is menstruating, has anxiety, accessibility issues, is part of the LGBTQ + community, is hard of hearing, or is a refugee or in Canada on a temporary visa.

Reynolds said the app is in its final stages of development and his team has partnered with local governments and regional districts which he says will help spread the word in the coming weeks when the application will be available to the public.

He suggests that people living in the communities mentioned above look to local government social media platforms to find out when they can download CHERP.

On the island9:14Are you in the flood zone if a tsunami hits our west coast communities? We’ll chat with a UBC scientist who will pilot a new app to provide personalized information about your household’s risk.

Gregor Craigie spoke with Ryan P Reynolds, postdoctoral researcher at the UBC School of Community and Regional Planning. The Reynolds team has created the Canadian Hazards Emergency Response and Preparedness (CHERP) mobile app, which will be piloted in seven Vancouver Island communities starting next month. ___________ 9:14