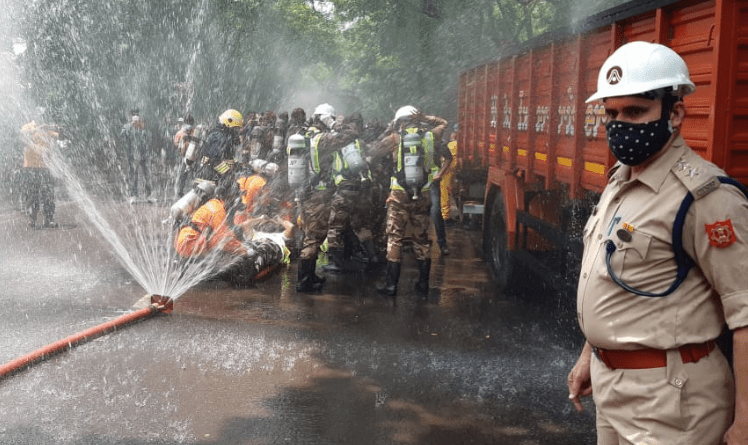 Bhubaneswar: Odisha has proven to be the best model for disaster management at the national level. The National Academy of Administration Lal Bahadur Shastri, in collaboration with the Odisha Natural Disaster Management Authority, has launched a three-day training course for administrative officials from various states on the Odisha model.

Opening the event at Madhusudan Das Regional Academy of Financial Management today, Chief Secretary Suresh Chandra Mohapatra said the 1999 super cyclone was a great challenge and experience for Odisha. Over the past 21 years, the state has taken a lot of control over the devastating effects of floods and storms on people’s wealth and lives.

Odisha is the first state in the country to form a special task force to immediately deal with disaster management. In the meantime, these two systems have been made more efficient. Standard operating procedures (SOPs) and specific formal procedures for advanced readiness have been streamlined. State-to-village disaster management systems have been systematized and organized. Over 1,000 multi-purpose cyclone and flood shelters have been built. School buildings with concrete roofs were constructed, so that the structures could be used as shelters in the event of floods, cyclones, etc. Disaster management is implemented in the state as a participatory model, involving the village community, the panchayat system and voluntary organizations, the secretary general said.

Mohapatra said that the system of active participation and cooperation of the people in the whole process has been strengthened. The residents of Odisha were made aware of the need to save their lives and deal with disasters.

During the inaugural ceremony, the Development Commissioner and Additional Chief Secretary and Director General of OSDMA briefed on the past and present of natural disaster management in Odisha. He said that the recurrence and intensity of all of these disasters increases with climate change.

â€œBased on its experience, the state has made itself strong, vigilant and prepared over the past two decades. The Odisha Disaster Response Force (ODRAF) and Odisha Fire Services have been fully prepared. Advanced warning information systems have also been developed, â€Jena said.

Jena added that recent climate change has created new challenges such as thunderstorms, rainfall in urban areas and high tides. For all this, Odisha now applies new information and technology techniques. Odisha is the first state to provide pre-storm warnings.