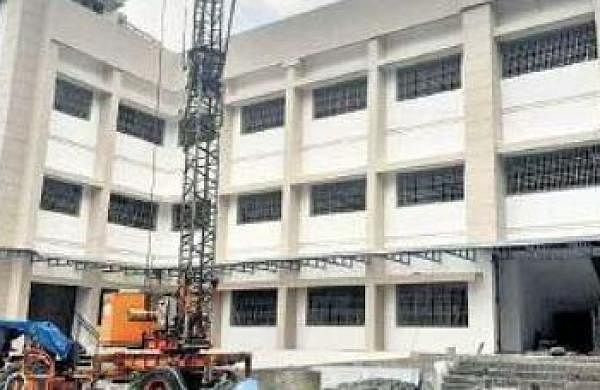 KOCHI: The soon to be operational cyclone shelter at the Pallippuram panchayat will benefit three of its neighboring panchayats: Ezhikkara, Edavanakkad and Kuzhuppilly. The State Disaster Management Authority and the Department of Revenue are jointly setting up the shelter. Only works on the section connecting it to the main road are on hold, panchayat chairman Ramani Ajayan said.

The facility will be inaugurated on May 7 by Revenue Minister K Rajan. “Shelter was a long-standing request from residents of this panchayat as well as neighbors. The people of this region are struggling with rough seas, while the Ezhikkara panchayat faces flash floods. Also, the upcoming facility in the fifth ward of the panchayat will be ready to open in a few months,” Ramani said.

The three-storey building was constructed at a cost of 5.17 crores. The cyclone shelter will help people during natural calamities and has facilities including a hall, bathrooms and infirmaries, the panchayat chairman said. The ground floor includes a kitchen, an electrical room and a generator room.

Apart from the indoor facilities, the Pallippuram shelter also has a rainwater harvesting pit and a water tank. The facility has been included in the National Cyclone Risk Mitigation Project (NCRMP), which aims to reduce the vulnerability of coastal areas to marine erosion and other hydro-meteorological hazards commonly seen in the state. It also improves the state’s ability to actively respond to disasters. Sixteen such shelters are currently being constructed in nine coastal districts of Kerala.

The NCRMP is a flagship program supported by the World Bank and implemented by the National Disaster Management Authority in eight cyclone-prone coastal states in two phases, DDMA officials said.