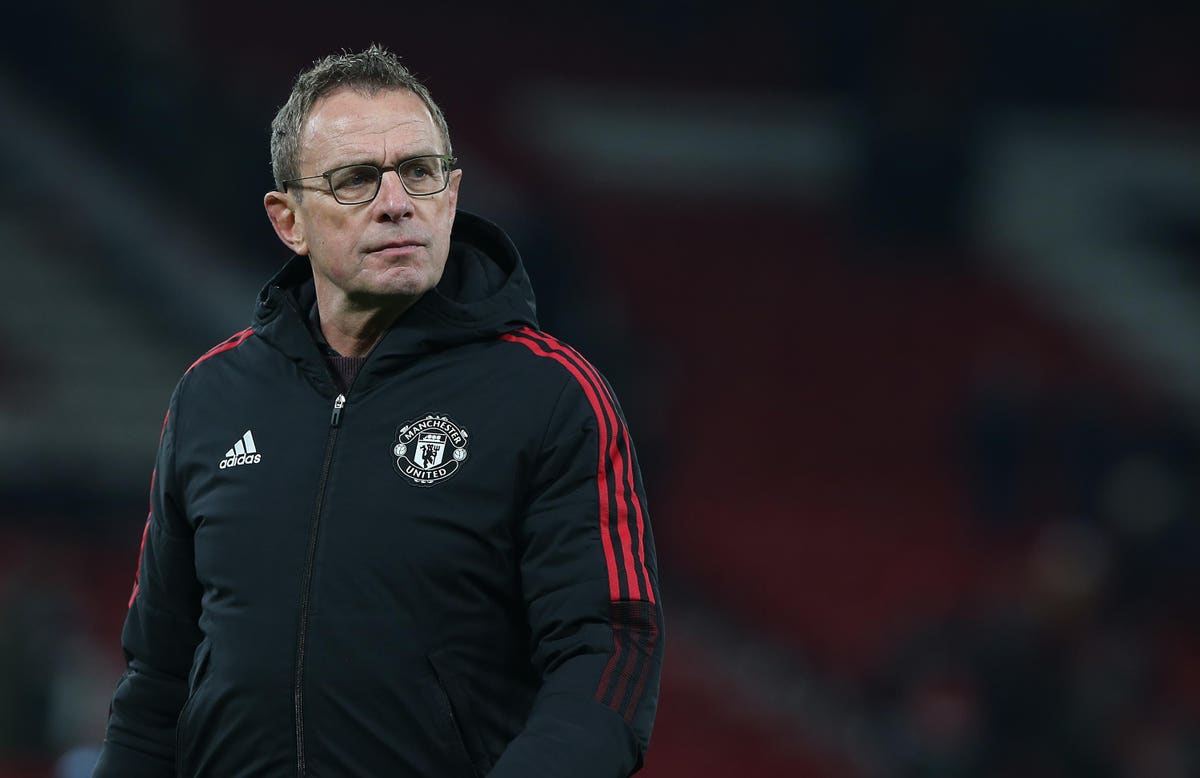 In November 2021, when Manchester United decided to sack Ole Gunnar Solskjaer and bring in Ralf Rangnick as caretaker manager, the hope was that they could repeat the success Chelsea had enjoyed over the previous eleven months.

In January last year, the south-west London club sacked their own beloved club legend, but inexperienced and struggling manager in Frank Lampard and replaced him with their own revered German manager in Thomas Tuchel.

Tuchel arrived with Chelsea sitting ninth in the table after winning just two of their previous eight games, before becoming the first manager in club history to go unbeaten in their first 13 games.

This helped Chelsea move up to fourth and secure Champions League football, as well as reaching the FA Cup final where they lost to Leicester City at Wembley.

However, Tuchel’s greatest achievement was guiding Chelsea past Atletico Madrid, Porto and Real Madrid in the Champions League Round of 16, before lifting the trophy by beating Manchester City 1-0 in the final at Port.

Tuchel hasn’t been able to repeat that success this season, but Chelsea will always finish in the top four and have reached both the League Cup and the FA Cup final.

During Chelsea’s last home game against Leicester City this week, their fans unfurled a banner in tribute to Tuchel with his image and the title ‘Deutscher Maestro’.

When United were looking for Solskjer’s replacement, they inevitably looked enviously at Tuchel’s immediate impact at Chelsea and hoped Rangnick could achieve something similar at Old Trafford.

To say that hasn’t happened would be a major understatement, as under Rangnick’s reign United have not improved at all and have in fact gotten considerably worse.

Rangnick was welcomed as the coaching guru, godfather of gegenpressing and inspiration to Jurgen Klopp, Thomas Tuchel and Julian Nagelsmann who would bring new structure and motivation, and ultimately save United’s season.

None of that happened, and Rangnick will leave United as their worst manager for half a century since Frank O’Farrell’s brief reign at Old Trafford in the early 1970s.

Heading into United’s final game of the season against Crystal Palace on Sunday, Rangnick has a miserable record of just 11 wins from 28 games.

The German presided over a mess, in which United will finish sixth or seventh in the Premier League, and was knocked out of the FA Cup by Middlesbrough and the Champions League by Atletico Madrid.

In late spring, when all United had to play for was a top-four place and Champions League football next season, they showed no interest, no fighting and no commitment, sliding rapidly towards bottom of the table as Arsenal and Tottenham clashed.

The task of any manager entering a struggling team in the middle of the season is to motivate the players, lift them up and provide new ideas and goals, but Rangnick has singularly failed to do this. He said to himself this week: “My biggest disappointment [is] that we haven’t established that team spirit.

The players have to share some of the blame, but Rangnick’s job was to connect with them, and they never seemed interested in playing for him.

When United started games poorly or took a goal behind, Rangnick looked lost at the side of the pitch, completely unable to wake up his players.

Recent defeats to Everton, Liverpool and Brighton will have greatly embarrassed Rangnick’s professional pride as the players gave up; it was so much worse than just playing badly, because they weren’t even trying.

The reaction from United fans was to chant ‘You are not fit to wear the shirt’ at these players as they lost 4-0 to Brighton two weeks ago. It was the first time anyone remembered those loyal fans turning on players like that.

Rangnick has long been hailed as a coaching guru, but has also failed to impose a discernible structure on his players. He was famous for his pressing, but apart from his first game against Crystal Palace in December, his United team hardly ever pressed.

“We just realized it was difficult,” Rangnick said of pressing. “We didn’t have a pre-season, we couldn’t really develop physically and raise the level of the team. I am the one who is most disappointed and frustrated. »

It was clear that Rangnick and his coaches Chris Armas and Ewan Sharp were unable to convince this United side to buy into their ideas and methods, as United continued to look disjointed after their arrival .

Despite Solskjaer’s criticism, some United players had actually preferred the sessions his coaches Michael Carrick and Kieran McKenna arranged for them.

Rangnick’s greatest strength was his honesty, which was always on display in his press conferences. There he admitted the scale of the job and how far United had sunk.

As a temp, he was freed from spouting niceties and cliches, and was able to speak the unvarnished truth, which long-suffering fans have come to appreciate.

He will have valuable advice to pass on to new permanent United manager Erik ten Hag when he takes up his post on Monday. Despite his troubles at Old Trafford, Rangnick has always known what makes a good player and has seen this group come together in games and training. He can tell the Dutchman who he should now trust.

The United board should be partly to blame for Rangnick’s terrible reign, as when he was appointed he had not been manager for most of the past decade. Since 2011, he has only taken charge of 88 games, in two separate spells at RB Leipzig.

United appointed a sporting director to salvage their season, when they needed a hardened, battle-ready manager.

Rangnick also pleaded with the United board that this team needed reinforcements in January, and they chose to ignore it. At least he has proven himself there.

United fans never turned on Rangnick personally; they could see that he was a good man parachuted into a desperate situation, with a group of players who had given up.

He shouldn’t be blamed for everything; but the truth is that Rangnick’s reign was a disaster. As he himself said on Friday, with typical honesty, “I should have done better.”