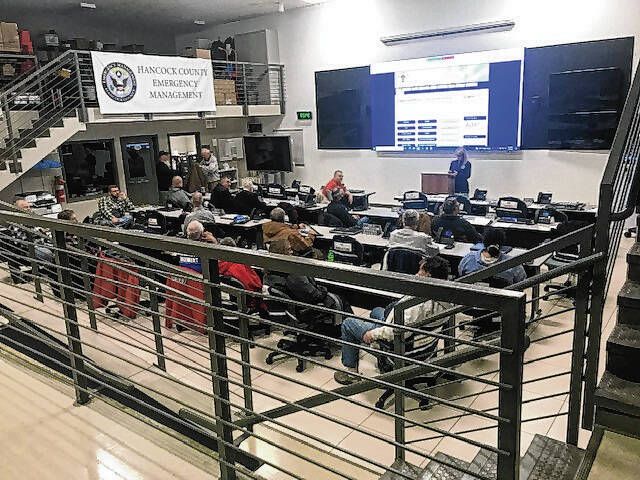 HANCOCK COUNTY — You’re only as good as your preparedness, and that’s paramount when it comes to preparing for a countywide emergency, officials say.

That’s the message from a recent meeting between officials from the Hancock County Department of Homeland Security – formerly the Emergency Management Agency – and community organizations active in disasters.

Officials began to meet to plan responses to emergencies rather than working independently. The goal is for the two groups to refocus their training and activities to work more closely.

He noted that the agency changed its name to align it with the Indiana Department of Homeland Security so it can better reflect the broader scope of the state agency’s involvement.

“Unfortunately, as the potential hazard landscape continues to expand, we will adapt to these changes,” Fitzgerald said. “Cybersecurity is one of the new areas entrusted to us.”

At the recent meeting, Fitzgerald unveiled the 2022 direction for the training and orientation of its volunteer members. The county’s Department of Homeland Security has met regularly with several county agencies over the past year to help better organize efforts, Fitzgerald said.

He noted that the merger of the Department of Homeland Security and COAD will strengthen the presence of COAD. Groups include a club of amateur radio operators; eight members belong to the Community Emergency Response Team, better known as CERT; and 20 other community volunteers represented the community.

Jim Peters, COAD board co-chair, said the most notable thing to come out of the discussion is the importance of thorough and accurate contingency planning.

“Scheduling is directly related to the number of volunteer hours available to engage in scheduling,” Peters said.

That’s why it’s important to have plenty of volunteers to rely on in the event of a disaster, he said.

“That said, the training and exercises will be more beneficial to our planning with both groups working together,” said Peters, whose most visible COAD group activity of late is opening warm-up centers for those who have no heat.

Fitzgerald noted that one thing community members can do is make sure every family has a 72-hour emergency preparedness kit. The kit should include non-perishable snacks, food, water and necessary daily medications.

Meetings between the Department of Homeland Security and COAD volunteers will consist of training tailored to the roles of the group during a disaster. Rallies will be held the first Thursday of each month at 7 p.m. at the Emergency Operations Center at 640 S. Franklin St., Greenfield.

Peters said it was a good time to get new people involved as they will start training with the fundamentals of the response in February. Anyone interested can contact Peters at 317-372-2304 or the Department of Homeland Security at 317-477-1188.