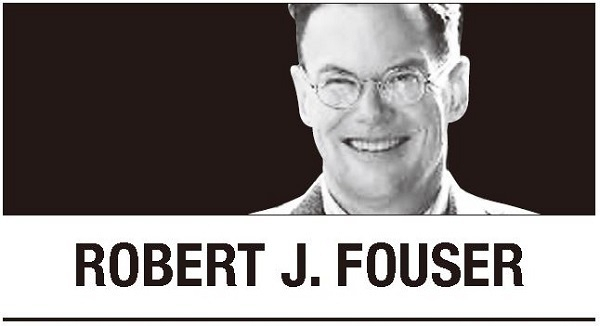 The deadly crushing of the crowd during Halloween celebrations in Itaewon on October 29 has deeply shocked the nation. The death toll stands at at least 156, including 26 foreigners from 14 countries. Hundreds more have been injured and thousands across the country are dealing with trauma. Almost all of the dead were young people who had gathered in narrow lanes lined with bars and clubs to celebrate Halloween.

As the nation wept, attention turned to questions about how such a deadly crowd crush could have been avoided. A detailed investigation into the disaster is underway, but it has become clear that the crowds were far too dense for the size of the steeply sloping lanes. Pushing up pushed people down, creating the deadly cascade that crushes people down. Preventing the alleys from reaching such a high density would most certainly have reduced the likelihood of such a high death toll.

The survey results will provide more details, but it is already clear that more effective crowd control, especially of spontaneous gatherings, is needed. Improved security protocols and cooperation between local authorities and businesses are also needed. In the meantime, officials and organizations found to be negligent must take responsibility for their actions.

Unfortunately, as the nation mourns, political groups on the right and left are busy spinning the news in their favor. Part of the rotation echoes what happened after the Sewol ferry disaster in 2014. The right presented the disaster as an accident caused by greedy individuals, while the left presented it as a reflection of the incompetence of then-president Park Geun-hye. These same battle lines are emerging in response to the Itaewon disaster, but with a few updates. Right-wing groups presented it as an accident while implying that the Halloween celebrations themselves were a problem. Leftist groups, meanwhile, remain focused on the issue of accountability, hoping to trap President Yoon Suk-yeol.

The political divide is not unique to South Korea. It was on full display in the United States during the first year of the COVID-19 pandemic. The right, under the influence of Donald Trump, has tried to downplay the severity of COVID-19, while the left has focused on the severity of the disease and accused the right of undermining public efforts to control it. Similar polarized discussions about the pandemic have emerged in many other countries.

Then there is the foreign media spin on South Korea. After the Sewol ferry disaster, some English-language press articles argued that “hierarchical Confucian cultural attitudes” played a role in the disaster. Confucianism has yet to make its way into the English-language media, but it may only be a matter of time.

Some articles were quick to dig up the trope about South Korea, as did lax safety standards and lax enforcement of existing standards, suggesting a flaw in “national character.” It comes from the era of “ppalli ppalli” (hurry up) during the economic boom of the late 20th century. In the development rush, security often took a back seat to getting things done. The collapses of the Seongsu Bridge in 1994 and the Sampung Department Store in 1995 were landmark events of this era.

Social development and maturation in the past 20 years have caused “ppalli ppalli” to disappear in the past. Digitization has also helped because so many things that people used to push to do quickly are now done with just a few clicks.

South Korea’s effective response to the COVID-19 pandemic, especially in the first year before vaccines became available, undermines the idea that South Korean regulations are weak or that authorities are making savings. As elsewhere, South Korea continues to update its health and safety efforts in response to new challenges.

South Korea has also taken the initiative to introduce preventive health and safety measures. An example is the security gates along the platforms of metro stations that prevent people from falling onto the tracks. Another example is a broad push to reduce smoking. In 1998, 66% of Korean men over the age of 19 smoked, but this figure had halved to 33% by 2020, while the rate among women remains low at 5.5%. The sharp decline in male smoking means that South Korea now has a lower adult smoking rate than most European countries and the United States.

In an era where everything is political and magnified by social media, disasters that in different eras would have brought people together end up dividing them. Effective measures to prevent future crowd crushes and to improve emergency response are important first steps in restoring public confidence and bringing the nation together.