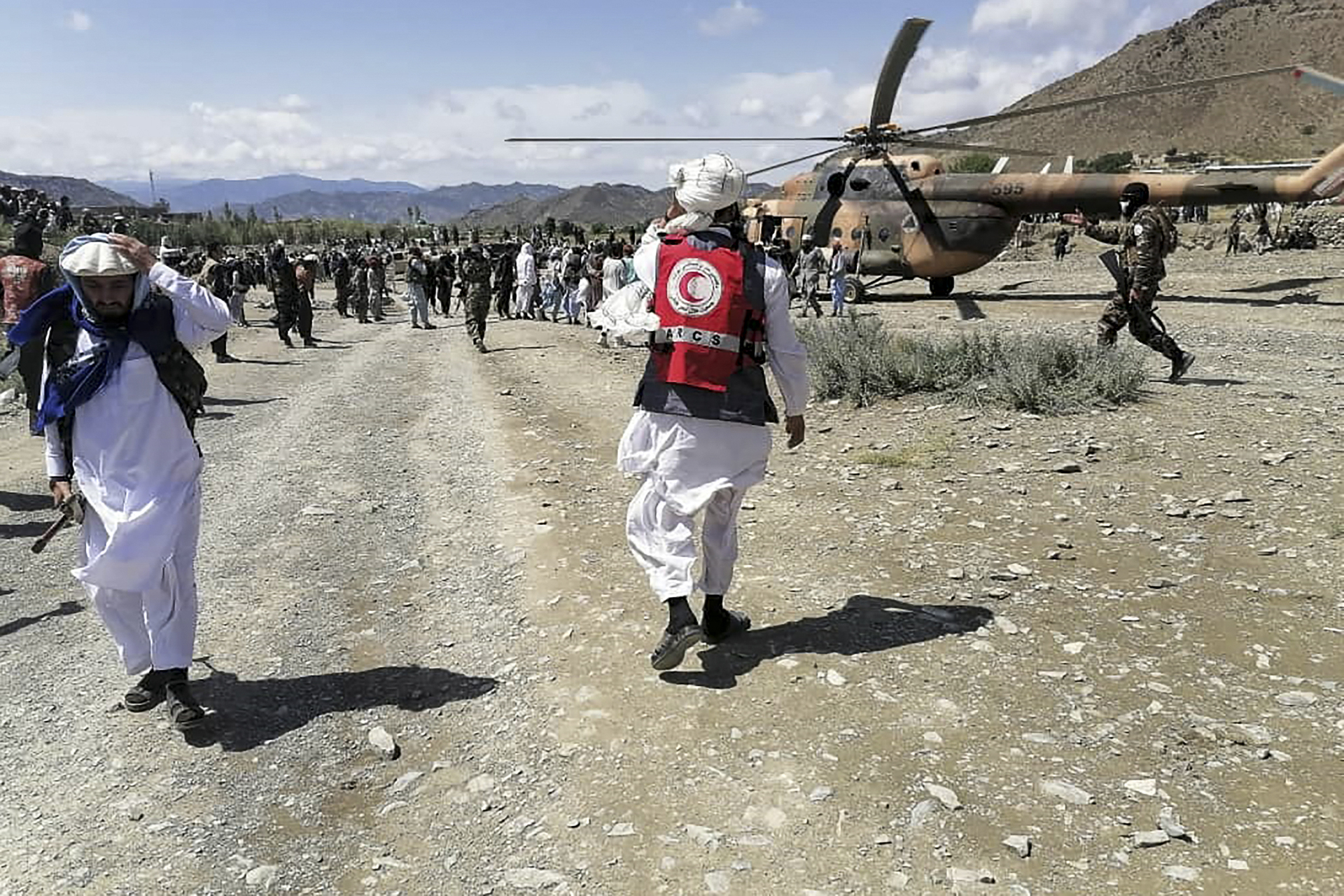 The 5.9-magnitude quake hit hardest in the rugged east, where people are already leading difficult lives amid a worsening humanitarian crisis since the Taliban took power in August.

“People are digging grave after grave,” said Mohammad Amin Huzaifa, head of the Department of Information and Culture in hard-hit Paktika, adding that at least 1,000 people had died in that province alone.

He said more than 1,500 people were injured, many seriously.

“People are still trapped under the rubble,” he told reporters.

The death toll rose steadily throughout the day as news of casualties filtered in from hard-to-reach areas in the mountains, and the country’s supreme leader, Hibatullah Akhundzada, warned it was likely to rise further.

The quake hit areas that were already feeling the effects of heavy rains, causing rockfalls and mudslides that hampered rescue efforts.

“It was a horrible situation,” said Arup Khan, 22, recovering in a hospital in Sharan, the provincial capital of Paktika.

“There were screams everywhere. The children and my family were under the mud.”

He told AFP that rescuers pulled him from the rubble of a guest house, but two relatives were killed in his neighboring house.

Footage released by the Taliban showed residents of a village digging a long trench to bury the dead, who according to Islamic tradition should be buried facing Mecca.

– Help offers –
The disaster poses a huge challenge to the Taliban, who have largely isolated the country due to their radical Islamist policies, particularly the subjugation of women and girls.

Even before the Taliban takeover, Afghan emergency response teams were called upon to deal with the natural disasters that frequently strike the country.

But with only a handful of planes and helicopters airworthy since returning to power, any immediate response to the latest disaster is even more limited.

“The government is working within its capacity,” tweeted Anas Haqqani, a senior Taliban official.

“We hope the international community and aid agencies will also help our people in this dire situation.”

The United States, whose troops helped overthrow the original Taliban regime and remained in Afghanistan for two decades until Washington withdrew them last year, was “deeply saddened” by the earthquake, the White House said.

“President Biden is monitoring the evolving situation and has asked USAID (U.S. Agency for International Development) and other federal government partners to assess U.S. response options to help those most affected. “National Security Advisor Jake Sullivan said in a statement.

The United Nations and the European Union were quick to offer assistance.

“Inter-agency assessment teams have already been deployed to a number of affected areas,” the United Nations Office for the Coordination of Humanitarian Affairs (UNOCHA) in Afghanistan said on Twitter.

Tomas Niklasson, EU Special Envoy for Afghanistan, tweeted: “The EU is monitoring the situation and stands ready to coordinate and provide emergency EU assistance to affected individuals and communities.”

Neighboring Pakistan, where officials said one person was killed in the quake, said it would send emergency aid – including tents – across their border.

Afghanistan is frequently hit by earthquakes – especially in the Hindu Kush mountain range, which lies near the junction of the Eurasian and Indian tectonic plates.

Dozens of people were killed and injured in January when two earthquakes hit the western province of Badghis, damaging hundreds of buildings.

In 2015, more than 380 people were killed in Pakistan and Afghanistan when a 7.5 magnitude earthquake rocked the two countries, with the bulk of the deaths in Pakistan.

Afghanistan’s deadliest recent earthquake killed 5,000 people in May 1998 in the northeastern provinces of Takhar and Badakhshan.

From the Vatican, Pope Francis offered prayers for the victims of the latest earthquake.

“I express my closeness to the wounded and those who have been affected,” the 85-year-old pontiff said at the end of his weekly audience.

Wednesday’s earthquake struck around 1:30 a.m. at a depth of 10 kilometers (six miles), about 47 kilometers southwest of the city of Khost, according to the United States Geological Survey.

It was felt as far away as Lahore in Pakistan, 480 kilometers from the epicenter.