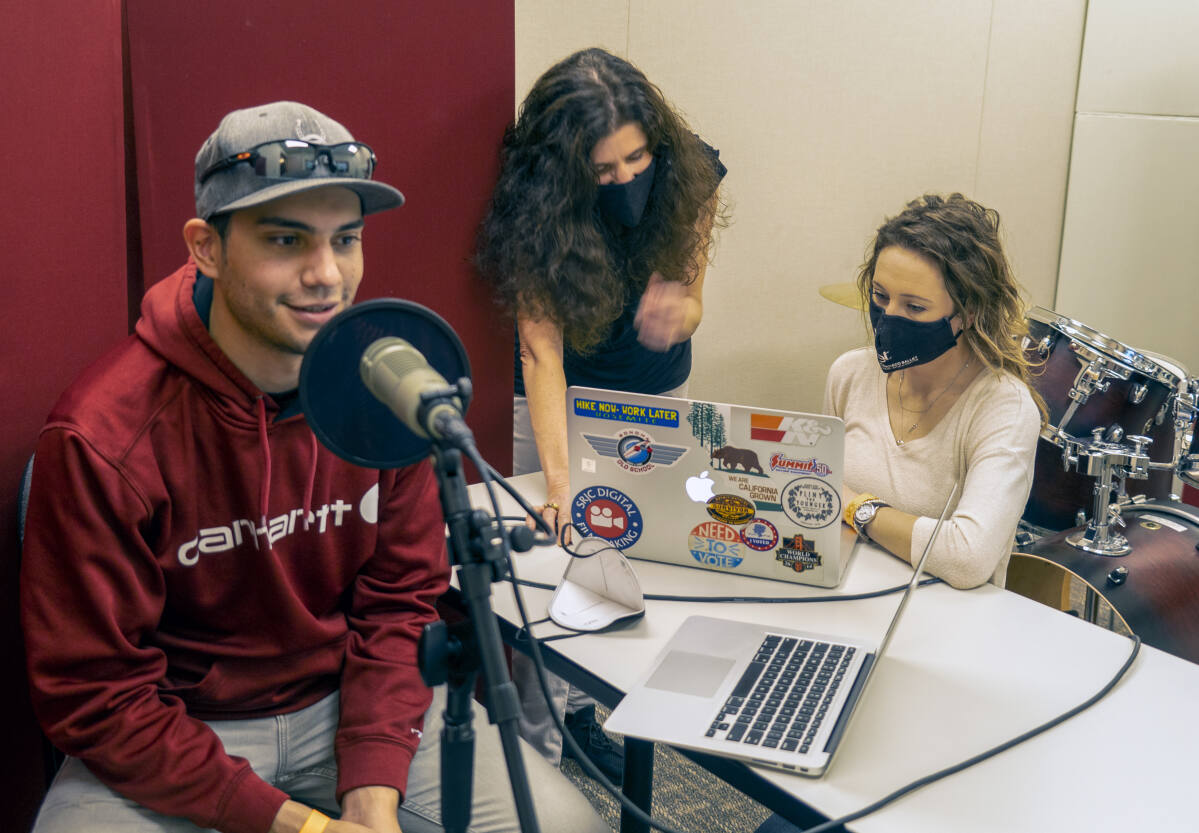 Maritza Camacho knew the right questions to ask. So, by the way, did fellow journalists Nick Vides, Lauren Spates and Rebecca Bell.

Reporting on the long-term trauma that recent natural disasters have caused to Sonoma County, the staff at Santa Rosa Junior College Oak Leaf knew what to ask for as they all experienced the Tubbs fire and then the Camp fires, Kincade, Walbridge and Glass.

They lived through the trauma of that October night four years ago, the saga of recovery and rebuilding, the stresses of annual fires and smoky skies.

Add in some devastating flooding and air days more dangerous than anyone wants to count, and that meant Camacho, Vides, Spates and Bell didn’t have to do a ton of preliminary research for their journalistic project because they had it. lived.

They were perfectly equipped to ask, basically, what is happening to us? How do these fires, floods and days of poisonous air affect our bodies, our minds, our spirits? And for some, how do these relentless disasters affect our will to continue living in Sonoma County?

The answers to these questions are expertly recounted in their four-part podcast series titled “Chronic disaster, â€Which was secured by a grant of $ 11,000 from Californian humanities support and promote emerging journalists.

Their work was picked up by NPR and is now hosted on NPR sites and among their podcasts.

â€œThey thought it was very professional, that’s how we felt. We all felt like ‘Wow, this is really good,’ said Anne Belden, the longtime Oak Leaf consultant who oversaw the huge project.

It’s a huge victory for a team that not only flagged and designed the project as a small unit, but did so at the same time that the COVID-19 pandemic was shutting down the college campus. This kept them from working in the same room for months and crippled their efforts to connect to sources.

Belden immediately knew the importance of NPR’s support. It was validation – of the story, of the report, of the concept, of the delivery.

Belden was driving north from Monterey with her husband when she received the alert. She immediately contacted the group and urged them to jump on Zoom.

“We bit this huge project”

In addition to working in a pandemic, the team has gone from journalists who worked primarily on paper, photographs and video, to focusing on audio and delivering their findings in podcast form.

The group had to learn a whole new discipline by recording interviews, plotting storylines and sorting out themes.

The work lasted from January to just a few weeks ago. There was barely a moment to catch their collective breath.

â€œWe thought it would be a one-semester project, but we gave up on this huge project,â€ Belden said. “There were times when I thought ‘This won’t happen.'”

‘What does this mean to us?’

Spates, like her colleagues, was motivated throughout the 9-month project by professional curiosity.

But it was also personal. She has a 2 year old daughter. How did the dangerous breathing conditions affect him day in and day out?

The neurotoxins emitted by fires that destroy homes and everything in them live in the air we breathe, but are also carried into our homes, cars and offices through our shoes and clothing. she discovered.

â€œThe things we inhale, we don’t necessarily exhale,â€ a researcher told Spates in Episode 2, â€œThe Body.â€ â€œOnce we’ve been exposed there’s a limit to what we can do. “

â€œI really hope there is something to learn. Hopefully when people get to the end they’ve learned something new, â€Spates said of the project.

â€œWearing a breathing mask outside when there is smoke is good but not enough,â€ she said. â€œEven when the smoke is gone, the toxins are there. We live with them much more than we realize.

And bad air isn’t just bad for the lungs, it’s bad for the brain. It affects cognitive function.

“What does this mean to us?” she said.

‘I really thought that was it’

When Camacho said PTSD was not the correct terminology for what residents of Sonoma County went through, she spoke of a place of acquaintance.