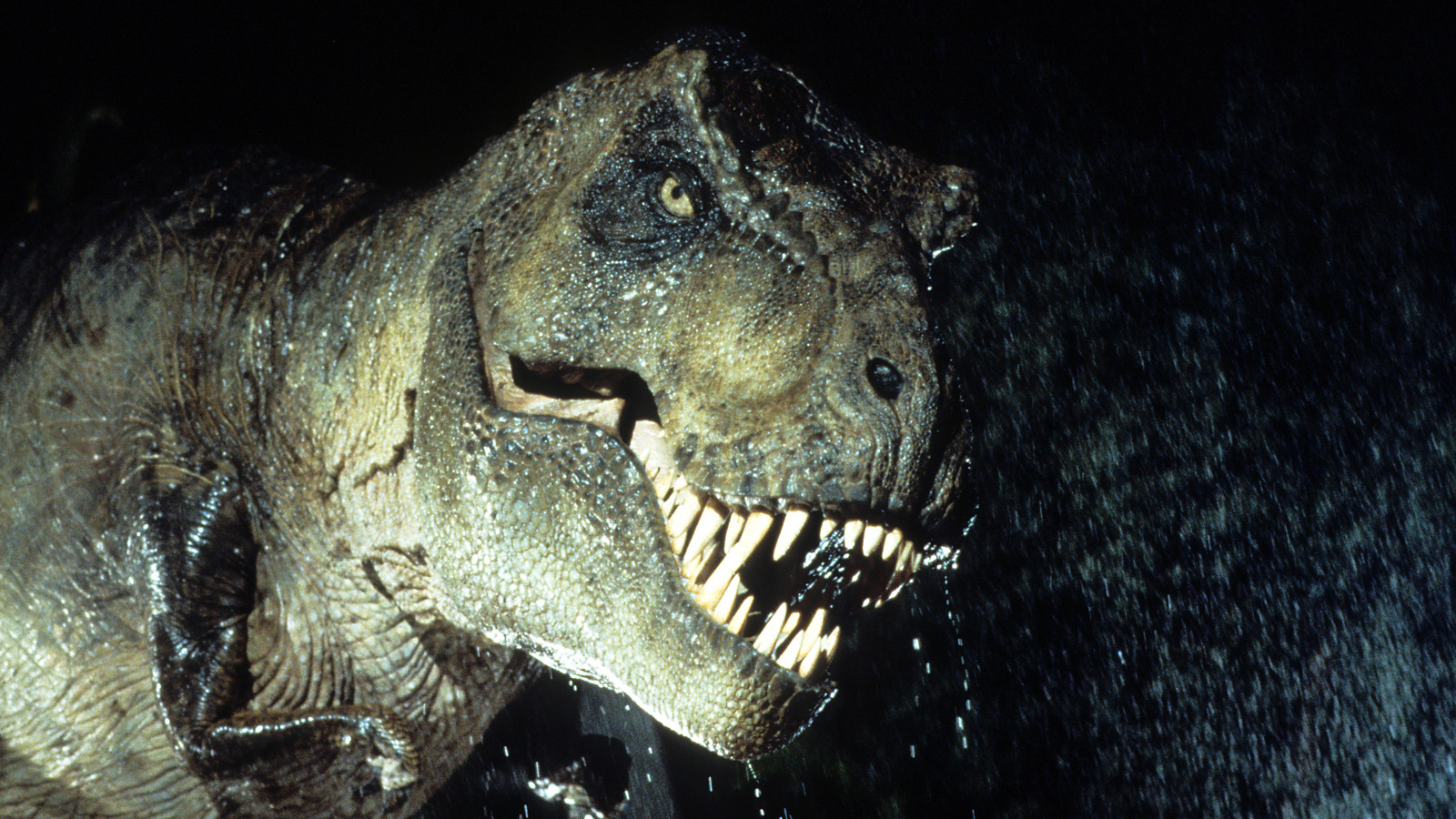 As many fans surely know, Spielberg used Hawaii as the actual filming location to bring the fictional island of Isla Nublar to life in â€œJurassic Parkâ€. This is the island where John Hammond created his dinosaur theme park and where most of the film takes place. Unfortunately, as production was going on in 1992, a gigantic Category 4 hurricane was brewing off the coast, throwing a wrench into the gears of production.

Hurricane Iniki made landfall on Kaua’i Island on September 11, 1992 (via Yahoo), which was also the last day of filming there. Or it was meant to be anyway. Instead, the cast and crew were forced to hide in their hotel and hope for the best. One particularly funny fact (regarding facts related to natural disasters) is that the crew members had shirts to commemorate the occasion, which you can see below.

Some anecdotes about the Hawaiian hurricane: 26 years ago, the filming of “Jurassic Park”? was temporarily halted when Category 4 Hurricane Iniki hit the island of Kaua’i. The crew wore these T-shirts. pic.twitter.com/STIn8YpEAo

Fortunately, because a film set requires a lot of preparation and equipment, the hotel ballroom was put to good use. Everything from generators to lights, and even food from craft departments, was made available to help everyone with it all. In an episode of Netflix’s “The Movies That Made Us”, producer Gerald R. Mulan recalled receiving a phone call at 3:45 a.m., just before everyone was about to return to Los Angeles, warning of the hurricane. “I never liked using the word problem. It was actually a problem,” he said.

“I remember going to the beach with Laura [Dern] and Jeff [Goldblum]. It looked like the end of the world was approaching. Laura turned to me and said, â€œSam, do you think we could die today? And I said ‘You know what Laura, we might die today [laughs]. ”