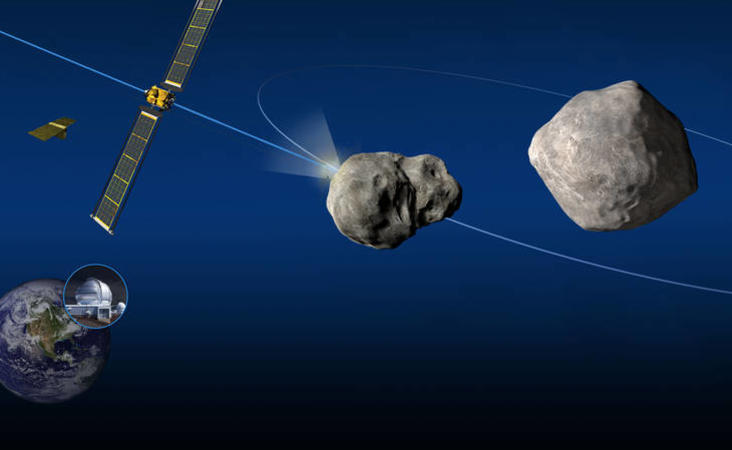 In Earth’s very first “planetary defense” mission, NASA launched a mission for a spacecraft to intentionally collide with an asteroid and knock it out of its path.

It’s part of a plan to save Earth from the potential risk of what are described as “city killer asteroids,” and it could become the only natural disaster that can be predicted and avoided.

New Zealand scientists will be watching closely next year when the spacecraft hits Dimorphos, the moon of the asteroid Didymos, to see how that affects its orbit.

One of those astronomers is Dr Michele Bannister of the University of Canterbury, who will observe the collision next year from the Mount John Observatory.

She tells Nine to Noon that this is an extremely exciting event for the estate.

“This is going to give us the opportunity to start prototyping an understanding of how asteroids move and behave, which means we can work towards that goal of making one of the natural disasters we know about go away.”

Bannister says the asteroids they’re worried about are the ones just under a mile in diameter.

â€œWhat you might call dinosaur killers, we have a good handle on this population. The little ones, we don’t know where they all are yet, we’re still working on it. There are major investigations going on to try to find them.

She says that only about 40% of these small asteroids have been found so far and the asteroid Didymos was selected because it is the one we can reach.

The test will consist of throwing an object the size of a chest freezer at the Dimorphos at very high speed to see what happens. She says there are currently no known asteroids on a dangerous path to Earth, so we don’t need to start worrying.

“What we’re trying to do is provide the technology so that, if we find one, we have something to do about it … in living memory we haven’t had a single blow that hit the ground in a way that could cause serious damage. But we look at the geological records and we know these things are happening.

“It tries to think outside the timescale of our daily lives and put those plans in place so that we have the tools to do something if or when we find one.”