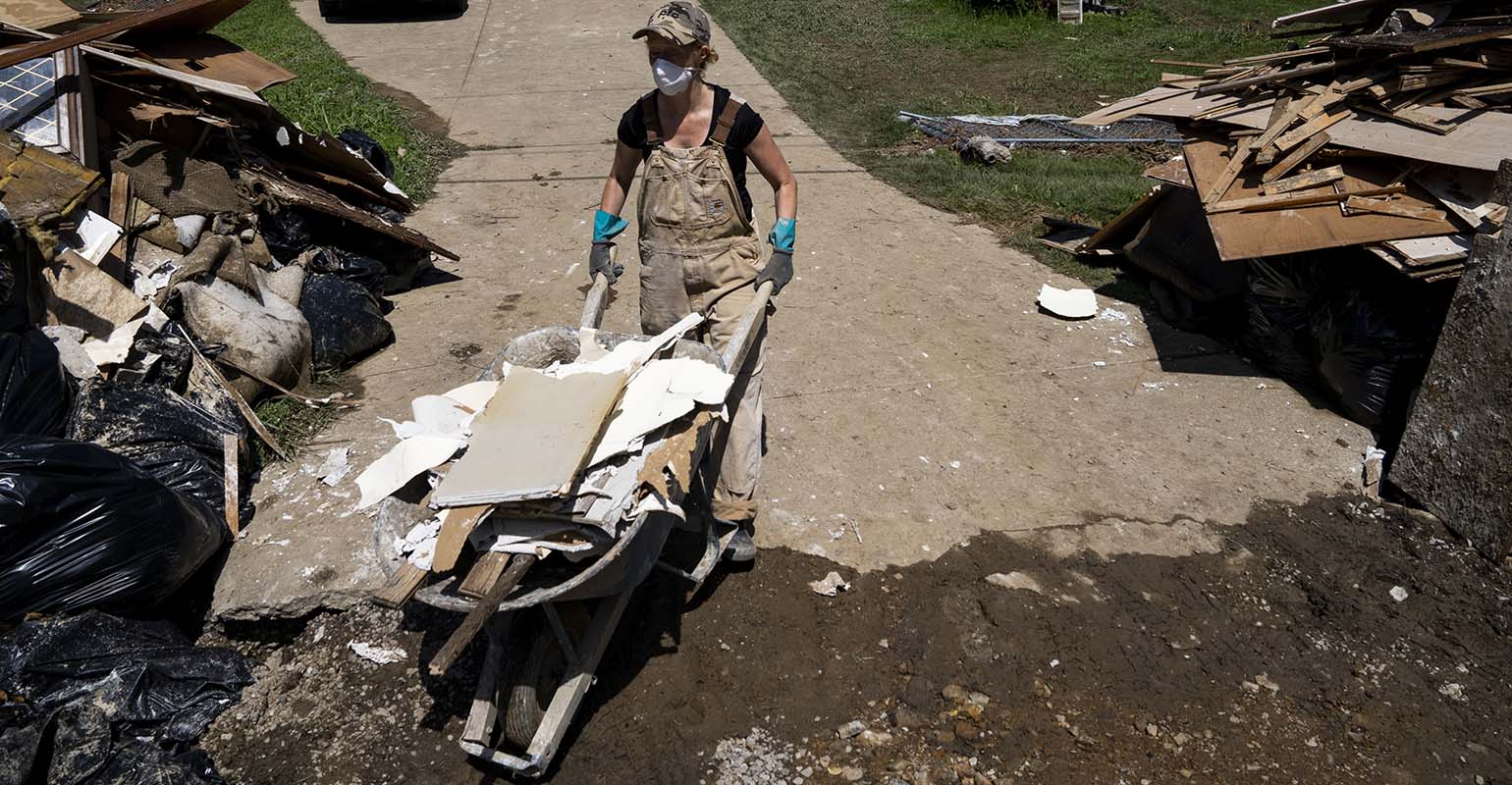 In a move towards accelerate the fight against climate changePresident Joe Biden signed into law the Inflation Reduction Act (IRA) on August 16, marking the federal government’s largest commitment to climate action to date – a massive $369 billion investment in clean energy initiatives.

Under the legislation, greenhouse gas emissions are set to fall by 40% by 2030 based on 2005 levels, a key to preventing further environmental damage. Additionally, the bill emphasizes electric vehicles to encourage a nationwide shift away from driving gasoline-powered cars.

However, as important as these carbon reduction efforts are, they do not protect us from our current reality of repeated and worsening natural disasters. This summer alone, we have seen catastrophic floods, brutal heat waves and droughts disrupt the United States. The National Oceanic and Atmospheric Administration, nine weather or climate-related disasters occurred in the first six months of 2022, with each event totaling more than $1 billion in financial losses and leaving a heavy economic toll on affected communities. These statistics, compared with the same data from previous years, indicate that natural disasters are increasing in frequency and cost, in part due to climate change. In addition, the White House issued a statement this spring, estimating that natural disasters exacerbated by climate change could cost the US federal budget approximately 2 trillion dollars each year by the end of the century.

Unfortunately, the IRA does not address this side of the climate equation. If we do not have the solutions in place to minimize the impact of natural disasters or mitigate their risks, the efforts of the IRA will likely be in vain.

As climate change continues to wreak havoc around the world, it is crucial that the public and private sectors invest in preventing and recovering from natural disasters. A variety of innovative companies across industries are at the forefront of the natural disaster lifecycle, focused on reducing risk, restoring communities after disaster, and ultimately building a brighter future. resilient.

Consulting, engineering and construction companies play a vital role in implementing preventive measures that help reduce the number of deaths caused by natural disasters. Companies like Jacobs Engineering Group, AECOM and Skanska are equipped to work with federal agencies and municipalities to assess certain cities and regions that are at higher risk of destruction in the event of a natural disaster. In turn, these companies can build the necessary infrastructure to address potential risks that could harm people, infrastructure, and assets in those regions.

Another strong example is Generac—a manufacturer of standby generators that steps in to help homeowners maintain electricity when the grid fails. We were reminded of their essential services during the historic freeze in Texas last year, when thousands of residents relied on its backup generators to maintain heat and power during the emergency.

Additionally, companies like OshKosh Corporation offer a unique opportunity for investors to support both sides of the climate change equation – carbon reduction initiatives that can benefit the IRA, as well as disaster recovery. OshKosh Corporation is working to install electric fire trucks and emergency vehicles at fire stations across the United States to help fight wildfires and other disasters.

In the future, regions vulnerable to the perils of climate change will increasingly depend on these types of businesses to support. If municipalities and federal agencies employ them and investors fund them, these providers are well positioned to grow. and build more inventories of essential goods and services that would not otherwise exist.

Andrew Chanin is co-founder and CEO of ProcureAM.