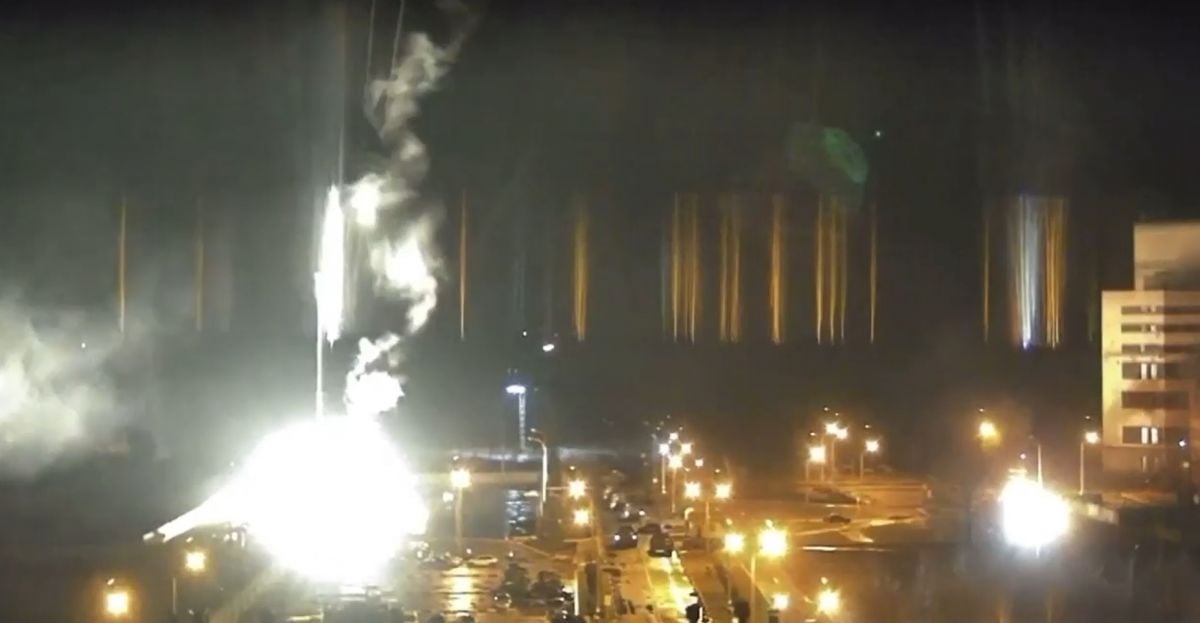 Last night, Russian forces attacked the northeastern town of Energodar and the Zaporizhzhia nuclear power plant. The plant, which is Europe’s largest and produces a fifth of Ukraine’s energy supply, caught fire and emergency services were initially prevented from approaching by gunfire. fire.

The fire has since been brought under control, but last night President Zelensky said it could ‘lead to the evacuation of Europe’.

“Only urgent action from Europe can stop Russian troops. Don’t let Europe die from a disaster at a nuclear power plant,” he warned.

However, nuclear engineer Norma O’Mahony said Newstalk that although the plant was not designed to withstand missile strikes, she believed that a nuclear disaster was unlikely:

“These plants are of a different design than those used at Chernobyl and they have what we would call a containment structure,” Ms O’Mahony said. The Pat Kenny Show.

“Thus, this confinement structure fulfills a double function, it fulfills the function of containing the leaks which could occur in the fuel or around the reactor itself but it also protects the reactors from external aggressions.

“So when we look at ongoing safety studies for reactors, we take into account an external hazard called a missile strike.

“Now the problem with using this with one of the case studies we’re looking at is that when we’re talking about missile strikes, we’re thinking of industrially generated missiles.

“For example, if there was an explosion at another facility on the site where you might have shrapnel or a flying turbine blade or something like that.

“So they’re quite robust, personally I’m not worried about one of these containment structures failing completely, but it’s a very unusual situation, so we’re really depending on a bit of restraint , I suppose.”

The International Atomic Energy Agency (IAEA) confirmed that none of the plant’s critical equipment was damaged, while the American Nuclear Society said it believed the real threat to Ukrainians came from the invasion.

“The real threat to the lives of Ukrainians continues to be the violent invasion and bombardment of their country,” the company said.

Main image: Video footage shows a fire and activity at the Zaporizhzhia nuclear power plant in Ukraine. Photo by: Instagram/zelenskiy_official.