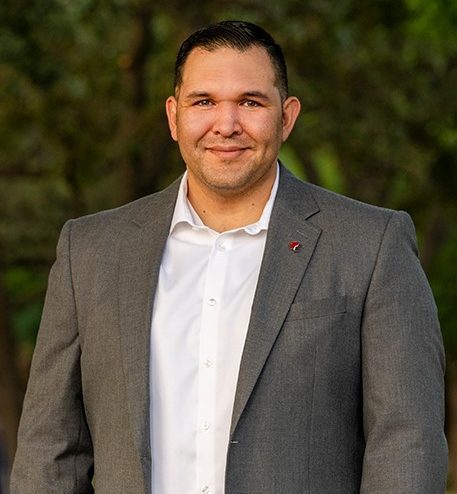 The race to succeed Ron Rowlett as mayor of Vacaville this fall appears to be a three-way competition. Of the three, only one candidate has served on Vacaville City Council: current Vice Mayor Jason Roberts.

“I think Vacaville will be fine with whoever comes into the role, but I really think I bring a more varied background with my experience already on the board,” he said.

Roberts said he was surprised by Rowlett’s decision not to run again, but after thinking about it, he figured running for the seat was the next logical step.

“As the current vice mayor, I believe I have the preparation and knowledge of the city that I can bring to the role of mayor,” he said.

A 2001 graduate of Fairfield High School, Roberts joined the Army in 2004 where he served two tours in Afghanistan and was awarded the Combat Action Badge for his service. He has lived in Vacaville since 2009 and is a lieutenant in the California National Guard.

For the past nine years, Roberts has worked in disaster preparedness as a volunteer and field preparedness manager for Team Rubicon, a non-governmental organization specializing in disaster response.

“I started to become more active over the past two years with the pandemic, wildfires and civil unrest,” he said.

He also worked full time with the California Office of Emergency Services.

Roberts ran for the new 2020 Vacaville City Council District 5 seat, beating Sherie Mahlberg by 73 votes. In 2021, he is appointed deputy mayor for a one-year term.

“Something that a lot of people don’t understand about the roles of the council and the mayor is what happens behind the scenes,” he said. “Almost every board meeting there is something new that I have never seen before, so having the opportunity to sit down and work with staff and connect with subject matter experts is huge. Anyone stepping into the role of mayor should have this foundational knowledge if we get to this point.

One of Roberts’ proudest moments on council was one of the first major projects that came to the body after his election: the proposed Oak Grove apartments at the corner of South Orchard and West Monte Vista avenues.

Originally proposed to have 67 units in a three-story building and a four-story building with a “housing first” model, Roberts said he heard from many of his constituents who were unhappy with the project. as it was presented. He worked with other council members, city staff and the developer, Eden Housing, to come up with a project that would be better suited to the area. Council eventually approved a revised project consisting of a 60-unit seniors-only complex in March.

“The last one we approved shows that good communication and collaboration with all the different parties can come to an agreement on what the final product should look like,” he said. “The issues we had with the city and the developer gave us something the city needed instead of just what the developer wanted to put in the city.”

Roberts ran in 2020 to try to improve communications between city officials and residents. While he thinks it’s gotten better, it’s something he’d like to see further improvement, especially “clear and open communication with the city and letting the city know what’s going on.”

“Staff have gotten a lot better at disseminating information, letting the public know what’s going on, but there’s still a lot of work to be done in that area,” he said.

Providing affordable housing is another priority for Roberts, especially as the city’s biotech industry continues to grow and recruit employees.

“These employees are going to need a place to live,” he said. “I like that people can live where they work. I think it’s good for quality of life, and it saves people a lot of money now with the cost of gas.

Since Roberts works in emergency preparedness, this is another priority area for him.

“The city and county are still working to get a good emergency preparedness plan,” he said. “We just adopted a risk mitigation plan not too long ago, so that we could identify different risks, but now we need to update the response plan so that it corresponds to the mitigation, ensures that we are a safe city when the fires happen again. .”

“(I want) to make sure that we have good quality businesses coming in, not just a quantity of businesses, but something that will actually pay decent wages to our citizens and can afford the houses here in the city,” did he declare.

Overall, Roberts wants to “be an advocate for the people.”

Although not yet online, Roberts will post information about his campaign on Roberts4Vacaville.com.

An updated list of candidates for all Vacaville municipal elections can be found at Ci.vacaville.ca.us/government/city-clerk/general-election-information.

The deadline for submitting applications for incumbents has passed, although non-incumbents can submit applications until Wednesday. The general election is November 8.