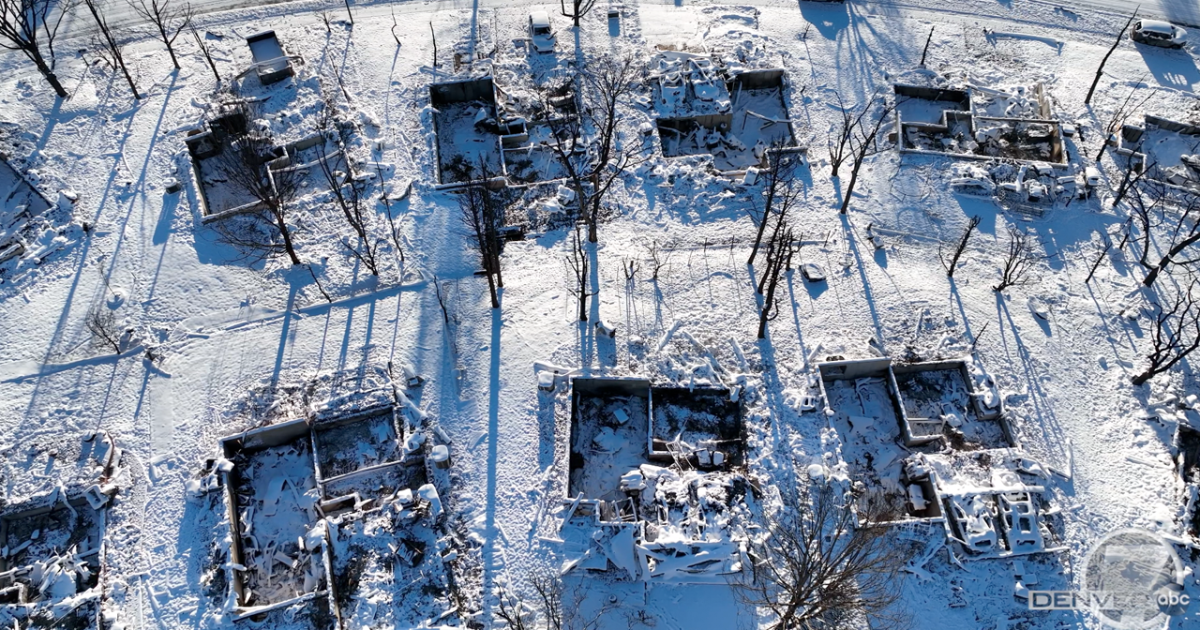 DENVER — Wednesday is the deadline for people whose homes were lost or damaged in the Marshall Fire to apply for disaster assistance from the Federal Emergency Management Agency and the US Small Business Administration.

Affected residents can apply for federal assistance through the end of the day Wednesday, according to state and federal government officials.

Residents who have lost their home or damaged it in a straight-line wind or fire event can request individual assistance through FEMA. The program can provide financial and other services to those affected by the Marshall Fire, especially the many households that were underinsured before the fire.

As of Sunday, 3,280 individuals or households had registered for FEMA Individual Assistance, and more than $3 million through the Individual Household Program, Housing Assistance and Other Needs Assistance had already been disbursed. More than an additional $3 million for these programs has been approved, according to the state.

“Although the application period ends on March 2, eligible applicants will continue to have access to FEMA programs until the end of the assistance period (not to exceed 18 months from the date of declaration ),” the Homeland Security and Emergency Management Division said. said in a joint statement with FEMA. “Other federal, state and volunteer agencies will also continue to work with disaster survivors to assist in their recovery efforts.”

Louisville Mayor Ashley Stolzmann said Tuesday morning during a city council study session that she called on Colorado’s congressional delegation to push the SBA to change the regional multiplier for the area that helps determine gaps the SBA can fill beyond what insurance covers.

FEMA and the SBA have said they won’t duplicate benefits covered by people’s insurance, and Stolzmann said agencies have worked hard to close those gaps beyond coverage.

Agencies perform a calculation to estimate rebuilding costs, using standardized tables across the country and applying a regional multiplier that takes into account the cost of homes and commercial real estate in the region.

“The numbers coming in are very low for our region, from our perspective,” Stolzmann said.

She said that while the congressional delegation is working to get the SBA to change the multiplier, there’s no guarantee the agency will, and it could take time, she warned. .

But she said if people submitted their applications by Wednesday’s deadline, they would be within the deadline to potentially receive benefits if the multiplier was changed, even if their application was initially denied.

“Even if they tell you [that] you don’t get anything from the SBA or you say the application is withdrawn…as long as you come in on time, it can be reviewed within six months,” Stolzmann said. “…We’ve been working on this for over a month, but if we figure it out in the next few weeks, we’ll be releasing a blast of information to people so they know how to submit for reconsideration.”

But she added that it would be “useless” to seek reconsideration for people whose claims are denied or are weak unless the regional table is changed.

“I would just ask people to hang tight while we work on this issue,” Stolzmann said.

Debris removal in Louisville, Superior and Boulder County has also been delayed for perhaps “a few weeks,” Louisville City Manager Jeff Durbin said Tuesday as three appeals were filed against the contract to debris removal signed with a Louisiana company in February.

One of the calls confirmed by Denver7 comes from a nonprofit registered in late January called “Demanding Integrity in Government Spending,” which claims county commissioners improperly convened executive sessions to discuss the contract.

According to a filing with the Colorado Secretary of State’s office, Michael Brown, the former FEMA administrator under President George W. Bush and current 630 KHOW radio host, is behind the group.

The bench judges for the 20th Judicial District recused themselves from the trial.

Durbin told Denver7 that the delay in rebuilding, which officials originally planned to begin Tuesday in line with company promises, “is incredibly frustrating for our community.”

He told Tuesday morning’s council session that he remained optimistic the delay would only be “a few weeks” but could be longer.