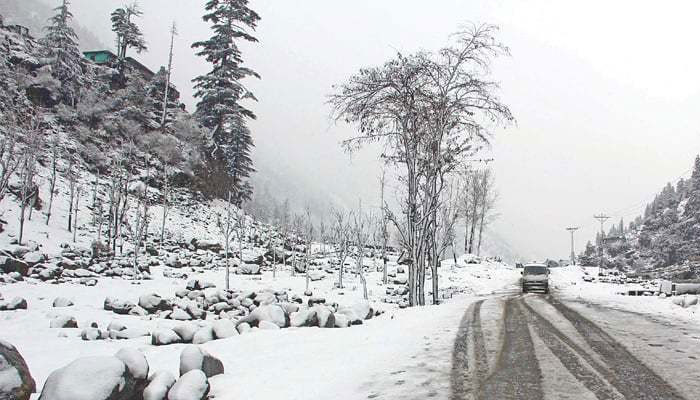 They said consultations were underway with all stakeholders, including the district administration, provincial and federal ministries and humanitarian partners. In this regard, a press release indicates that an important pre-winter planning / orientation meeting was held under the chairmanship of PDMA Director General Sharif Hussain.

Officers from district administration, line departments, universities, Islamic Relief Pakistan as well as PDMA staff participated in the session. PDMA Director General Sharif Hussain said that we have started the winter contingency planning process from October involving all stakeholders. He said the contingency plan will be developed by mid-November.

Data collection tools have been developed and shared with all stakeholders. This includes information regarding the hazards and vulnerability profile specific to the district / sector, the impact of hazards, damages, compensation paid, resource mapping, needs assessment and coordination.

“As part of the emergency plan, the authority would strive to minimize losses likely to be caused by disasters,” he said. Natural hazards include winter hazards of extremely low temperature, fog / smog, snowfall, precipitation, landslides, flash floods, seismic activity along the northern and western mountains.

The winter emergency plan will classify the vulnerability and risk assessment of the districts into very high, high, medium and low categories. Some areas of Khyber Pakhtunkhwa such as Malakand and Hazara Divisions, due to their high altitudes, are exposed to extreme weather conditions in winter spanning around 4 months from December to March.

Low temperature, fog / smog, snowfall, precipitation, landslides, avalanches and the resulting blockade of roads and trails resulting in inaccessible areas are some of the common features.

Director of Disaster Risk Management Zuhra Nigar said the PDMA has initiated the process of introducing a proactive preparedness regime in accordance with guidelines established by the National Disaster Management Authority (NDMA) to streamline the response at provincial and district levels in coordination with all stakeholders.

The contingency planning process for major hazards should allow the initiation of the required mitigation actions and a coordinated response to minimize loss of life and property in the event of a disaster. She said Pakistan and Khyber Pakhtunkhwa in particular are vulnerable to various dangers due to the adverse effects of climate change.

PDMA spokesman Taimur Ali said winter hazards occurring from December to March were heightened by heavy rains in the upper mountainous areas of the province. He said snow, avalanches and landslides target vulnerable communities or isolate them by disrupting communication networks.